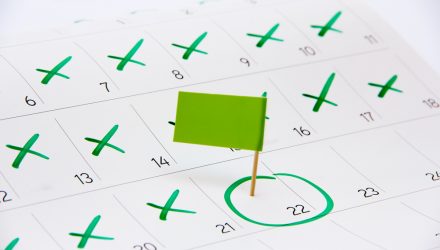 A result of stocks sagging this year is that analysts and market observers are now paring estimates for broad benchmarks, namely the S&P 500.

While some market participants have trepidation regarding large-cap stocks, some are more constructive on small-caps. That view, if accurate, could imply that potential upside is available with exchange traded funds such as the SPDR S&P SmallCap 600 ESG ETF (ESIX).

Somewhat quietly, small-caps are performing noticeably less poorly this year than large-cap rivals. For example, the S&P SmallCap 600 Index — the index off which ESIX’s index is based — is beating the S&P 500 by 170 basis points this year. Some analysts say smaller stocks, including ESIX components, could be surprisingly durable if the economy materially slumps.

“Looking beyond the numbers… if the U.S. economy is headed for the economic scenario that’s currently embedded in consensus forecasts, or a relatively short and shallow recession that begins in 2H22 and wraps up in early 2023, we think it’s possible that the S&P 500 has already bottomed,” noted Lori Calvasina, RBC Capital Markets head of U.S. equity strategy. “And if it hasn’t, will find a bottom during the third quarter.”

With a roster that expansive, ESIX is accurately characterized as a small-cap blend ETF, indicating that it’s not overly reliant on either the growth or value factors. However, the fund’s value exposure is enough to potentially capitalize on ongoing strength by that factor as interest rates continue climbing. For example, ESIX allocates about 40% of its weight to financial services, healthcare, and materials and energy stocks, confirming value leverage.

Likewise, the fund has enough growth exposure, including a combined 27% weight to technology and consumer cyclical names, to potentially provide some buffer should a recession come to pass.

“Historically, recessions have tended to be good buying opportunities for Small Caps,” Calvasina said. “They tend to underperform while stocks are falling heading into/early on in a recession, and then tend to lead once the broader US equity market has bottomed midway through the recession.”