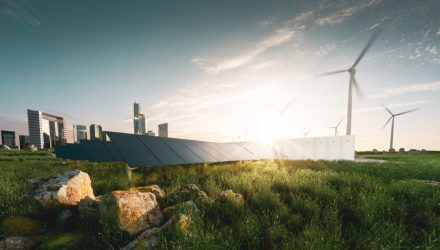 1. Green investing and the mis-selling scandal

What it means: Many investors are starting to realize that their ESG-labeled funds may leave little to be desired from a sustainability perspective. ESG funds have ballooned to $2.7 trillion across 5,900 funds, according to Morningstar, but not all funds are created equal. Asset managers, tempted by the demands they are seeing for ESG options, appear to just have relabeled traditional strategies. Unfortunately, this means that some funds have deficiencies in areas like exposure to climate risk or human rights violations. As greenwashing is a huge concern for the industry, the scrutiny has begun to ramp up. Groups like the climate think tank InfluenceMap have highlighted reports that reveal many ESG funds aren’t aligned with the Paris Agreement. Morningstar even went as far as to remove 1,200 funds from its sustainable investment list. Fortunately, regulators are stepping up in places like the European Union and the United Kingdom, but their action can’t come soon enough in the eyes of many.

Sage’s View: Greenwashing through faux ESG funds is a monumental concern for the asset management industry. ESG labels get thrown around freely, and oftentimes these strategies look eerily like their conventional counterparts. Here in the U.S., the SEC is on high alert, so managers have little time to make needed changes. But we also must temper our expectations. ESG funds are going to look different among managers, as ESG frameworks vary. A climate-focused fund that has large holdings of Chevron and Exxon may be a clear-case of mislabeling. However, not all ESG-labeled funds must be Net Zero aligned, as climate risk is only one factor within most ESG frameworks. The key for all funds will be to create clear disclosures and marketing material about how ESG is incorporated into portfolios.

What it means: California has a green-fuel grading system that is used to allocate subsidies to various clean energy sources. One of the highest-scoring sources of energy is cow-based manure biogas. Manure emits large amounts of methane gas, which can be very impactful to global warming in the short-term, hence the higher monetary incentives. So, by converting the manure into a biofuel, these emissions are at least being utilized to produce energy and help contribute to a more circular economy. Optimistically, manure biogas could meet 3% of natural gas demands by 2040. So, it’s not going to solve climate change, but it could at least make a dent.

Sage’s View: Even though this initiative will only make a small dent in emissions, it is still valuable in the climate change fight. Reaching Net Zero is going to require a little ingenuity and creativity, which will include revolutionary innovations as well as pragmatic ones (as in this case). If governments (national and local) are fair in their subsidy programs – by not giving undue advantage to certain technologies or methods – then we should all be for it.

What it means: The world has been anxiously watching the war that is in progress in Ukraine. As many countries are considering a vast list of sanction options, Russia has been taking steps to ensure its economy keeps churning. With the Nord Stream 2 pipeline now on hold and possible sanctions on the horizon for its coal, oil, and natural gas, Russia has been taking alternative steps to ensure it has a marketplace for its commodities. What country has an insatiable appetite for energy and doesn’t align politically with western superpowers? China is a perfect energy partner, and Russia has recently strengthened those ties (clearly in anticipation of what we are seeing unfold). Earlier this month in Beijing during the Olympics, Vladmir Putin signed a deal for a new pipeline that would transport an additional 10 billion cubic meters a year to their neighbor in the south. But even more intriguing was the announcement that the two countries had agreed on a deal to supply China with 100 million tons of coal.

Sage’s View: Who would have thought that Russia and China would become closer allies now than they were at any point during the Cold War? From a geopolitical perspective, this alliance is problematic, but those concerned about the environment should be equally worried. The late Senator John McCain once declared that Russia was “a gas station masquerading as a country,” and it appears China is going to be its best customer. And for China’s loyal patronage, it will likely have the honor of becoming the de facto Bank of Russia. Russia’s economy is a one-trick pony hell bent on getting every ounce of hydrocarbons out of the ground, and China needs all the coal and natural gas it can get to have enough energy to manufacture all the solar panels and wind turbines for the developed world. If you had any doubts that Net Zero pledges were largely symbolic in nature (both countries set 2060 goals), this alliance should provide some clarity.

What it means: Large pension funds are really starting to showcase their influence as active shareholders. Divestment from oil and gas companies has become relatively commonplace, but there are other areas where funds are now exerting efforts to steer companies. One of these areas of growing importance is in the realm of diversity, equity, and inclusion (DEI). The New York State (NYS) Common Fund, which manages nearly $300 billion in assets, has placed stringent DEI requirements for companies that are constituents of the Russell 1000, and has initiated an aggressive engagement campaign that includes new shareholder proposals for target companies. Their engagement efforts seem to be working, as they have been effective at enacting changes at companies like HCA, while also avoiding the need to escalate to a vote on their shareholder proposals. The NYS Common Fund is ahead of some of its like-minded peers who have not yet fully codified areas like proxy voting procedures.

Sage’s View: It is good to be an active investor, but public pension funds seem to be taking their cues from their respective state governments. This activity can be problematic, as it can cause portfolio construction to be heavily influenced by what side of the aisle your state leans. Pension plan trustees are fiduciaries and are supposed to act in the best interest of plan participants. Is forcing public funds to have a full divestment of major oil, gas, and coal companies in their best interest, like what is being proposed by California’s State legislature? What about forcing pension plans to sell holdings in companies that refuse to do business with fossil fuel companies? Texas Governor Greg Abbot signed a law in June that did just that, and now even large asset managers like Blackrock are potentially on the chopping block . Blanket rules like these ones for pension plans can be problematic either way. Plans may want to avoid oil and gas companies due to the potential for stranded assets or environmental-related litigation, or include them because they are actively reducing emissions and focusing heavily on innovation. One thing should be clear: state governments aren’t fiduciaries, and they should leave that role to the trustees (who are required to act in the best interest of their members).

What it means: One of the big steps a board can take to exhibit they are serious about ESG issues is by tying executive pay to ESG performance. However, according to Ceres, there are some important steps that boards must first take to ensure that the metrics are tied to corporate strategy. The first step is actively working to thoroughly learn about a company’s material ESG risks and opportunity. The next part of the equation involves actively working to integrate ESG analysis into areas like the enterprise risk management process. In addition, boards can integrate ESG oversight into the committee level process, including considering establishing a separate ESG or sustainability committee. There is no single solution or gameplan to follow, and each company will have to tailor their efforts specific to their needs. Once these steps are complete, then companies can start addressing issues like tying executive compensation to ESG performance.

Sage’s View: Sage strongly believes that good governance is at the core of managing ESG risks and opportunities, and this all starts with the board. From our view, one of the critical components to work through all these processes mentioned in the article is putting the right people in place to help navigate the journey. Shareholders are hopefully thinking about some key questions during voting season and the election of their board members. Does a prospective member have any experience with sustainability? Have they previously served on a successful board? Are they serving on multiple boards at the same time (and able to devote the appropriate time and effort in their role)? We look forward to reading the next part of Ceres’ series, as tying executive compensation to ESG performance can be a great way to encourage long-term value creation.