You are at:Home»ESG Channel»Renewable Energy Transition Needs to Happen Rapidly 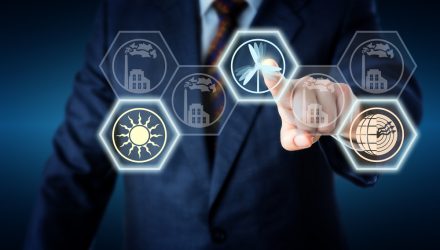 At the recent climate summit, there was largely an acknowledgement by global leaders of the dangers of climate change and the need for transition from greenhouse gas-emitting energy practices. However, despite some strides being made with the creation of a global carbon market and an acknowledgement for the first time of the need to transition away from fossil fuels, government commitments didn’t reflect the urgency of the need to move to renewables, according to many experts.

The International Energy Agency published a report earlier this year outlining a plan to transition the global energy sector to net-zero carbon emissions by 2050, and included an admonishment that there couldn’t be any new developments of gas, oil, or coal to achieve that goal.

As of 2019, fossil fuels made up 80% of global energy usage, with 11.4% of energy being supplied by renewable energy, and while renewable market share is growing, it is doing so at a slower rate than the increase in demand for energy worldwide, reports CNBC.

This goal seems increasingly out of sight unless rapid transition happens, with major commitments needing to come from the industry giants themselves and not solely from smaller start-ups, argued Martijn Rats, chief commodities strategist at Morgan Stanley.

“We need the major energy companies of the world to make the trillions in investments that are needed over the next few decades. Today’s fossil fuel companies have a role to play in this. With their engineering and project management expertise, and global reach, they are capable of realizing those large infrastructure projects,” Rats said in an email to CNBC.

Recent research from management consultancy EY has calculated that in order to align with the renewable transition plants outlined by the IEA, some $5.2 trillion needs to be invested into green energy.

“It is entirely doable, and it is doable fast, but it will come with a price tag which will then be repaid forever after in a prosperous and healthy society. So, that’s what it is going to take,” said Julia Steinberger, ecological economist at the University of Lausanne.

That’s not the same as being devoid of all oil stocks. The fund still has minor allocations to fossil fuel companies, including Valero (VLO) and Halliburton (HAL). But without exposure to companies actually holding the physical oil, coal, or gas reserves, the fund’s energy allocation is much reduced. Energy comprises just 0.29% of the ETF’s sector make-up, as compared to 2.65% of the SPDR S&P 500 ETF Trust (SPY).

Top sector allocations of SPYX include information technology at 29.61%, consumer discretionary at 13.56%, and healthcare at 12.89%.