More companies are working to curb their greenhouse gas emissions as focus by the general public, investors, regulators, and governments increasingly turns to emissions reductions to mitigate global warming. A common solution has been to offset emissions by investing in planting trees, but Microsoft’s climate head has recently said that it’s not enough, reported CNBC.

The tree solution came about because it is a cheap and easy fix for counterbalancing CO2 emissions. Carbon capture technology is extremely expensive for now, so much so that it is cost prohibitive for companies to invest in it.

“It is cheaper and easier to establish trees and enrich soils than to deploy nascent technologies that capture carbon and store it geologically,” Microsoft wrote in a Nature article that they submitted. The article is co-written by Microsoft’s chief environmental officer Lucas Joppa, its sustainability team, experts from the Environmental Defense Fund, and experts from Columbia University.

Microsoft has laid out ambitious plans compared to the rest of the industry with regards to emission goals; the company aims to be carbon negative by 2030, and by 2050 it wants to have removed all of the emissions released since its founding in 1975.

As of this year, the company has announced its purchase of the removal of 1.3 million metric tons of carbon from over 25 different projects globally; these include expanding forests in Peru, the U.S., and Nicaragua; regenerating soil on U.S. farms; and investing in Climeworks for the use of its CO2 vacuums that pull the greenhouse gas from the air and deposit it into the ground to mineralize and turn to stone.

When looking at carbon removal options, Microsoft discovered that nature-based storage projects cost about $16 per ton of carbon dioxide on average, whereas technology-based removal ranged anywhere from $20 upwards of $10,000 per ton, with an average of $141. Overall, the company received 189 proposals that would have removed 154 megatons of CO2, but only 55 of the megatons were in a position to be removed now, and of that only two megatons were high-quality CO2 removal options by Microsoft’s standards.

The major issue with using nature-based options, such as planting trees, is that they are susceptible to natural disasters and elements such as wildfire and pests, as well as potentially being cut down to make way for housing or agriculture. Microsoft still believes in planting trees as an option for carbon emission removal, but acknowledges that it’s not enough.

The market for carbon removal needs to grow, the Nature article argues, and there needs to be more reliable tools for carbon tracking at scale and estimating CO2 emission from a whole supply chain perspective.

“Key to the main thrust of the piece is that it describes nature-based solutions as one part of the toolkit of carbon reduction strategies — we agree with that aspect entirely,” Michael Becker, director of communications for 1t.org, an organization with goals of planting 1 trillion trees, told CNBC.

For investors looking to invest in inherently ESG companies, one such option is a pure play based on the clean energy sector that has continued opportunity for growth as companies seek to find more environmentally efficient ways to reduce carbon emissions and run their businesses. 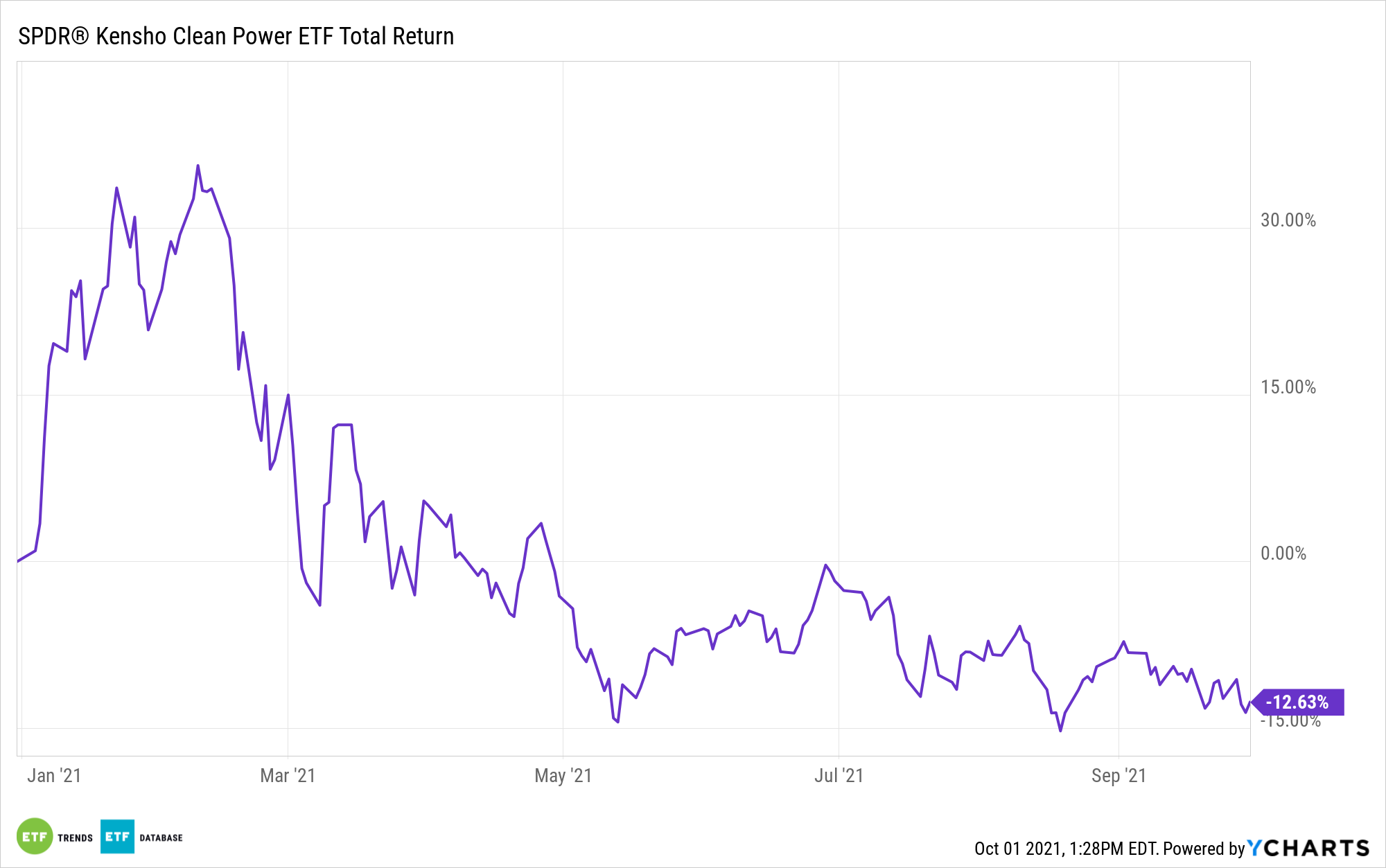 This benchmark combines artificial intelligence with a quantitative weighting methodology to invest in global stocks that are driving innovation in the clean energy sector, with respect to both products and services. This includes firms manufacturing technology used for renewable energy and companies that have services and products related to the generation and transmission of renewable energy, as well as supply chain companies.

CNRG allocates 18.51% of its portfolio to electrical components & equipment companies, 15.67% to electric utilities, 13.97% to semiconductors companies, and 10.57% to renewable electricity firms.