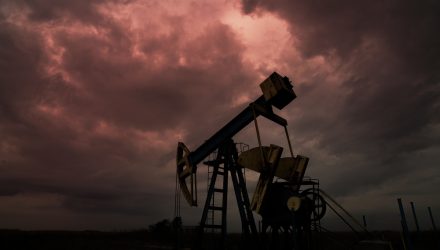 Oil prices skyrocketed to over $100 a barrel while global stocks plummeted on Thursday after Russia launched an invasion of Ukraine. According to the New York Times, the price of oil rose to $105 a barrel, while the S&P 500 dropped 2.5% at the start of trading, though it rebounded somewhat by midday to being down 1.5%.

“The price of Brent crude oil, the global benchmark, was off its highest level of the day but still up more than 6 percent at about $103 a barrel,” the Times reports. “West Texas Intermediate crude jumped 5.5 percent, to above $97 a barrel.”

A report from CNN notes that oil prices could rise even higher if supply disruptions continue. In Europe, gas prices are already at record levels.

Oil prices have risen steadily higher for almost a year, driven by rising demand after pandemic lockdown measures eased. The Organization of the Petroleum Exporting Countries (OPEC) and 10 other major crude oil producers, including Russia, have been gradually increasing production but have had difficulties meeting their own production targets despite pressure from major energy-consuming nations to produce more.

With oil prices skyrocketing amidst geopolitical turmoil, investors may want to give clean energy a closer look. The SPDR Kensho Clean Power ETF (CNRG) is an ETF that provides exposure to suppliers of clean technologies and services.

Launched in October 2018, CNRG follows the S&P Kensho Clean Power Index, which leverages artificial intelligence and a quantitative weighting scheme to identify opportunities among clean energy companies, including those in the hydroelectric power, solar, and wind industries.

Though home to just 45 stocks, CNRG has exposure to 15 groups, signaling a high degree of diversity at the industry level. Its breadth of exposure within the clean energy landscape is a potentially favorable trait during the current environment.

The ETF has some technology exposure, including an almost 22% weight to semiconductor names. Considering that chips are essential components in producing clean technologies, this makes sense.

CNRG is also levered to the greenification of older industries, such as utilities. Utilities, which are playing increasingly important roles in the transmission of renewable energy, account for over 27% of CNRG’s roster. The fund also has some midstream energy exposure, which is relevant because some companies in that industry are rising players in the delivery of renewable energy — a trend that’s expected to increase as pipeline operators prepare to capitalize on, not be left behind by, the green transition.