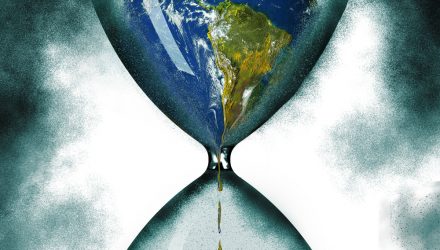 With the United Nations Climate Change Conference looming at the end of October, ESG performance is on the mind of nearly every major industry. Of those most heavily impacted, the oil and gas industry is increasingly feeling the squeeze.

Three of the major players within the oil and gas industry, ExxonMobil, Chevron, and Shell have recently succumbed to regulatory and investor pressures in altering their environmental practices, as discussed in Forbes. ExxonMobil and Chevron have had board upheavals, driven by frustrated climate activists and institutional investors, while Shell has been ordered to reduce emissions by a Dutch court.

Exxon had three of its board members replaced by candidates from hedge fund activists at Engine No. 1, who successfully overthrew the board, as reported in the New York Times. Engine No. 1 was backed by some of Exxon’s largest institutional investors: Vanguard, BlackRock, and State Street, who voted against the current Exxon leadership at the time.

Over at Chevron, an activist Dutch group, Follow This, helped a majority of shareholders vote to cut carbon emissions, as reported by The Guardian. The same activist group had previously forced through voting on cutting emissions at Phillips 66 and ConocoPhillips, where it was also successful.

Shell, in a legal battle in the Netherlands, lost in May to environmental group Friends of the Earth. The courts there ruled that Shell must cut its CO2 emissions by 45% by 2030 within the country, in a stunning ruling that made Shell responsible for its own carbon dioxide emissions as well as those of its suppliers, reports the BBC. It was the first time globally that a company was being held accountable to and forced to align its policies with the Paris Climate Accords, said Friends of the Earth.

Companies are being held to account by investors not only in the revenues that they produce, but also the manner in which they produce returns, and the environmental impact of their operations.

Additionally, the SEC is currently considering ESG standards in regards to what is important for investors, as well as ensuring that companies are holding to their ESG commitments.

With so much focus and attention on the oil and gas industry when it comes to CO2 emissions, investors looking to avoid exposure to fossil fuels as much as possible in their investments have only to turn to the SPDR S&P 500 Fossil Fuel Reserves Free ETF (SPYX). The investment is a core allocation to the large cap equities of the S&P 500, except with much-reduced carbon footprints.

That’s not the same as devoid of all oil stocks. The fund still has minor allocations to traditional energy companies, such as Valero (VLO) and Halliburton (HAL). But without exposure to companies actually holding the physical oil, coal, or gas reserves, the fund’s energy allocation is much reduced. Energy comprises just 0.71% of the ETF’s sector make-up, as compared to 2.54% of the SPDR S&P 500 ETF Trust (SPY).

Top sector allocations of SPYX include information technology at 28.36%, healthcare at 13.47%, and consumer discretionary at 12.37%.