You are at:Home»ESG Channel»A New Beginning for the Oil and Gas Industry? 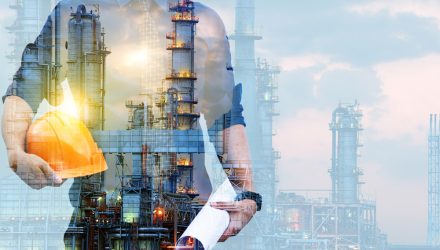 A New Beginning for the Oil and Gas Industry?

Oil and gas companies have been top of mind for ESG investors for many years. That is not surprising as the production and use of oil and gas has negatively impacted the global climate, resulting in rising sea levels, warming oceans and severe drought conditions.

ESG investors have responded by either partially or completely divesting from the oil and gas industry. In fact, Spinnaker Trust has provided clients a custom solution for divesting from fossil fuels for almost a decade. Divestment is likely to be the continued course of action for many investors given how entrenched we are in using oil and gas every day.

However, British Petroleum (BP) recently announced four judgements to its investors: (1) The world is on an unsustainable path – its carbon budget is running out; (2) Energy markets have begun a process of fundamental, lasting change – shifting increasingly towards low carbon and renewables; (3) Over the longer term the demand for both oil and gas will be increasingly challenged; and (4) BP, alongside many others, can contribute to the energy transition the world wants and needs and create value in doing so.

As a result, the company said it will decrease capital expenditure related to the extraction of fossil fuels, divest some fossil fuel assets and substantially increase investment in alternative fuels. This may be the beginning, albeit very early beginning, where the largest integrated oil and gas players encourage the development of green energy.

For years green energy, such as solar and wind, has relied on government subsidies to make it viable, but a rise in private investment would almost certainly accelerate green energy’s ubiquity in daily life and also transform its reputation among ESG investors. And for those investors who are interested in a more tempered approach relative to outright divestment, ESG ETFs are in position to capture this transition as the screens often will maintain some level of exposure to the oil and gas companies, i.e. SPDR’s ESG S&P 500 ETF (EFIV).

Currently, this is no doubt only meant to maintain a low tracking error to the S&P 500, but it is not hard to envision the same screens adding exposure to oil and gas companies down the road if more follow in BP’s footsteps. Ultimately, the market will decide and we will be watching closely to see how it all unfolds.