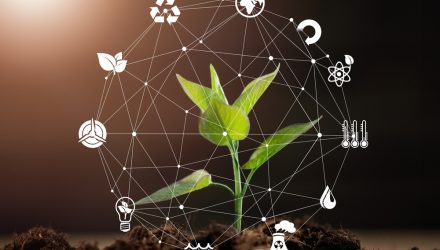 Russia’s instigated war with Ukraine is putting energy security in the spotlight for a number of nations, including the U.S. and many throughout Europe.

There are multiple points of view emerging. Some experts believe that the conflict is confirmation that countries with the capabilities of doing so should boost domestic production of fossil fuels. Others say that Europe’s reliance on Russian oil and natural gas is a reminder that the move to renewable energy should be sped up over the near term.

Either way, there are myriad investment implications stemming from Russia’s invasion of its neighbor, and that could highlight opportunities with exchange traded funds, such as the SPDR MSCI ACWI Low Carbon Target ETF (LOWC).

“We need to act now to mitigate the impact of rising energy prices, diversify our gas supply for next winter and accelerate the clean energy transition. The quicker we switch to renewables and hydrogen, combined with more energy efficiency, the quicker we will be truly independent and master our energy system,” said European Commission President Ursula von der Leyen earlier this month.

Potentially adding to the long-term opportunity set with LOWC is the fact that some European nations are taking Russia’s invasion of Ukraine to heart and are moving to ramp up renewable energy deployment.

“A number of European countries are already speeding up their energy transition. Germany, in a rather historic decision, has turbocharged its transition by moving forward its plans to be 100% renewable by 15 years, to 2035 – bringing them in line with the US and the UK,” according to BNP Paribas.

Germany, the Eurozone’s largest economy, has long been dependent on imports of Russian natural gas, much of which arrives to the country via pipelines that run through Ukraine. With that in mind, it’s not surprising that Germany wants to generate 80% of its power from clean sources by 2030, which is an ambitious goal to say the least.

“The themes of decarbonising, digitalising and decentralising the global energy system could hardly have more catalysts for acceleration over the coming 5-10 years in particular,” adds BNP Paribas. “In our view, the energy transition narrative has changed markedly in recent weeks. There is a realisation that what is at stake is far more than ‘environmental challenges’. The world has woken up to the significant and broader risks of how ‘climate security’ can affect geopolitics.”

Bottom line: Decarbonization efforts are in style today, and that’s likely to be the case for years to come, potentially benefiting assets like LOWC along the way.