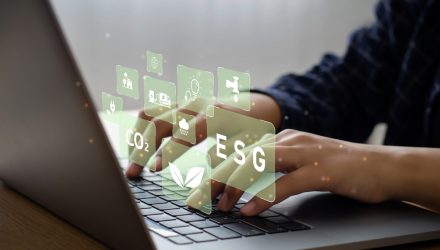 Global regulators are pushing for banks and institutional investors to disclose carbon emissions linked to their loans and investments. On Thursday, the International Sustainability Standards Board published a draft of its proposed standards, which provide a yardstick for regulators around the globe to use for imposing standardized disclosure rules on companies. The ISSB hopes to release the final version of the standards by the end of the year.

“It’s an important matter, it’s been recognized in many consultations, and we’ve been encouraged by central bankers [to pursue it],” ISSB chair Emmanuel Faber told the Financial Times. “The biggest banks, the biggest insurers … I think everybody realizes in this industry that it is coming.”

This move follows the U.S. Securities and Exchange Commission publishing a proposal last month requiring public companies to disclose greenhouse gas emissions from operations along with the energy they consume. The SEC has not yet revealed how far it plans to integrate the ISSB standards into its emerging rules for corporate sustainability disclosures.

Faber told the FT that “it’s a bit early to say” how regulators will use the standards. “A number of them rightly say that they will have a closer look as soon as these proposals are stabilized. And we are still about six months away from that.”

EFIV follows the S&P 500 ESG Index, which is the ESG offshoot of the widely followed S&P 500. The fund is designed to deliver comparable industry exposures to the S&P 500, though the ESG fund holds 308 stocks and the parent index holds over 500. Members of the S&P 500 ESG Index must meet specific ESG requirements to be included in that index.

SPYX tracks the S&P 500 Fossil Fuel Free Index, a benchmark of companies within the S&P 500 that are “fossil fuel free,” defined as companies that don’t own fossil fuel reserves (thermal coal reserves, coal reserve byproducts, or oil or gas reserves). Top sector allocations of SPYX include information technology at 29.61%, consumer discretionary at 13.56%, and healthcare at 12.89%.