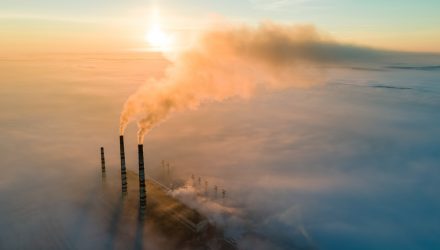 The SEC Is Considering Greenhouse-Gas Emission Disclosures from Company Filings

In its fight against climate change, U.S. regulators are outlining more stringent rules for publicly traded companies to report on greenhouse gas emissions and associated risks.

Members of the Securities and Exchange Commission voted 3-1 on the new proposal that would require public companies to provide clearer estimates of direct and indirect greenhouse gas emissions, the Wall Street Journal reports. The proposal will be open for public comment for at least two months before a rule will be finalized.

The new rule would force publicly traded companies to disclose greenhouse-gas emissions from operations along with the energy they consume. Companies would also have to obtain independent certification of estimates. Firms could even be required to report on greenhouse-gas output from both their supply chains and consumers, or so-called Scope 3 emissions. The information would be included in SEC filings like annual reports.

Republicans and some industry groups are expected to fight the proposals, arguing that the rules would be an onerous burden due to increased compliance costs and would go beyond the normal SEC purview to protect investors by requiring disclosures relevant to financial performance.

The proposal comes after President Joe Biden’s global climate change actions stalled in Congress, which has forced the administration to look to other avenues such as regulatory agencies to deliver on his campaign trail promises. However, this reach around has drawn criticism from Republicans.

“Today’s action hijacks the democratic process and disrespects the limited scope of authority that Congress gave to the SEC,” Sen. Pat Toomey (R., Pa.) told the WSJ. “This is a thinly veiled effort to have unelected financial regulators set climate and energy policy for America.”

On the other hand, Democratic SEC Chairman Gary Gensler contended that investors and asset managers are already pushing for companies’ climate-related disclosures to be more standardized. The SEC has explained that the current disclosures are inconsistent among those companies providing information on carbon emissions and hard for investors to compare.

“Companies and investors alike would benefit from the clear rules of the road proposed in this release,” Gensler said in a statement.