You are at:Home»ESG Channel»European Union Tries to Clarify Data Behind Sustainable Investing 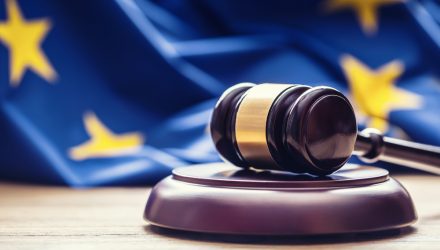 The European Union is pushing toward greater clarity in the unreliable data available around sustainable investing, which has been one of the biggest hurdles in the expansion of the ESG space.

EU regulators has proposed that companies should for the first time report standardized information about their impact on the environment, along with social metrics, like their treatment of employees, the Wall Street Journal reports.

“One of the biggest missing pieces when we look at requirements heading our way is the data available to us,” Elizabeth Gillam, head of EU government relations and public policy at investment firm Invesco Ltd., told the WSJ.

The EU regulatory body wants the rules to apply to publicly-listed firms in Europe and large private companies, which combined total almost 50,000 entities. Credit institutions, like large U.S. banks that have subsidiaries in the EU, would also have to comply to these new standardized rules.

Furthermore, the bloc revealed its own classification system that will better-outline green investments. The new taxonomy will apply starting next year.

If the new measure passes, EU companies would have to disclose sustainability metrics, similarly to how they are currently reporting financial statements. The new classification system is expected to help crack down on “greenwashing,” a term that some critics point to as an exaggeration of sustainability claims.

Anne Finucane, vice chairman of Bank of America and leader of its ESG efforts, argued that U.S. regulators could take cues from the EU and also standardize ESG standards.

“Data is an issue,” Finucane told the WSJ. “There is no consistency, it’s challenging.”