You are at:Home»ESG Channel»ESG Shareholder Priorities Get a Big Boost From SEC 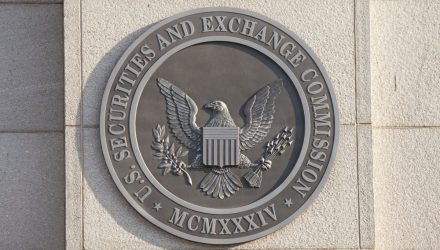 ESG Shareholder Priorities Get a Big Boost From SEC

The Securities and Exchange Commission announced on Wednesday that it was revoking previous policies that allowed companies to block a lot of ESG-related shareholder proposals.

It’s a big win for ESG advocates, particularly as there is currently an activist push within industries by shareholders to be accountable for their climate practices. It puts more power into the hands of those who are filing shareholder proposals and resolutions, and will push more issues forward for proxy votes, reports the Financial Times.

The policies enacted during the Trump administration allowed companies to exclude proposals that related to a climate agenda, such as requesting emissions targets. The SEC said that going forward,
“we would not concur in the exclusion of similar proposals that suggest targets or timelines so long as the proposals afford discretion to management as to how to achieve such goals.”

This policy change will most likely mean that more companies will come to agreements with shareholders over vital climate policies and practices in order to avoid proxy votes that might not go in their favor. Some of the largest asset managers, such as State Street, have already been more welcoming of ESG-related proposals.

“The right to put proposals in front of other shareholders for a vote is an important part of the securities laws,” said SEC Chair Gary Gensler in a statement.

The SPDR S&P 500 ESG ETF (EFIV) takes a holistic approach to ESG investing by not only focusing on the environmental aspect of ESG, but on sustainability across the social and governance practices of the companies it invests in as well.

The fund tracks the S&P 500 ESG Index, which selects from top companies that meet ESG criteria within the S&P 500, while also adhering to the sector weights of the S&P 500 Index.

EFIV utilizes SPDJI ESG scores to rank companies based on their sustainability. This score is derived from analyzing a thousand data points covering a variety of topics collected from companies and then asking roughly 120 questions, according to the S&P Global website.

EFIV excludes companies involved in tobacco and controversial weapons, those that generate power from coal or derive 5% or more of their revenues from thermal coal extraction, and companies that score low on the United Nations Global Compact standards.

The ETF’s top three sector allocations include 31.02% in information technology, 15.21% in consumer discretionary, and 12.32% in healthcare, as well as several other smaller allocations.

EFIV has an expense ratio of 0.10%, making it one of the cheapest ESG ETFs on the market.