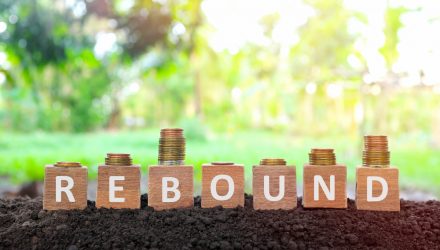 ESG Could Be Key to Small-Cap Rebound

Like their large-cap counterparts, small-cap stocks and exchange traded funds suffered in the first half of 2022, but some market observers believe smaller stocks are in for better things in the back half of the year.

If that outlook bears fruit, investors could be rewarded by embracing the combination of small-cap equities and environmental, social, and governance (ESG) with ETFs such as the SPDR S&P SmallCap 600 ESG ETF (ESIX).

“Investors usually prefer the safety of blue-chip names over small-company stocks during economic downturns. Small-caps have historically performed worse than large-caps when the U.S. has entered a recession,” reported Lewis Braham for Barron’s. “There are good reasons to suspect that pattern might not hold—despite recessionary concerns from rising interest rates and inflation. Small-caps could now prove more resilient than blue chips, while still providing more upside during an economic recovery.”

While ESIX isn’t a dedicated small-cap growth ETF — it’s a blend fund — the fund has more-than-adequate exposure to growth stocks, which investors could prefer if the economy slows and earnings and revenue growth trail off.

ESIX, which holds 398 stocks, allocates over a quarter of its weight to the technology and consumer discretionary sectors. In small-cap territory, those are growth-heavy groups. Additionally, ESIX has a 12.13% weight to healthcare, which also has a growth reputation in the small-cap arena. In other words, if earnings growth slows, ESIX could be a sound idea for investors looking for small-cap exposure.

Speaking of earnings, ESIX follows the S&P SmallCap 600® ESG Index. That’s the ESG offshoot of the widely observed S&P SmallCap 600 Index. That index differs among many in the small-cap space because it has a profitability mandate, which provides something of a buffer in a volatile asset class. Owing to the fact that ESIX follows a derivative index, the same profitability requirement applies to the ESG ETF.

“Unprofitable companies can be hit especially hard during recessions triggered by rising interest rates. That’s because such companies often have to borrow money to keep their operations running—and issuing debt during a rising-rate environment becomes increasingly expensive,” according to Barron’s.

And if it’s small-cap value investors are seeking, ESIX has elements of that, too, with a 19% weight to rate-sensitive small-cap financial services stocks.