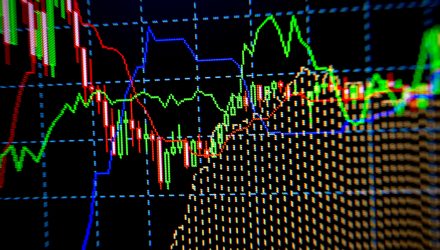 Enbridge (ENB) announced on Thursday that it has partnered with local Indigenous communities in Alberta, Canada, to move forward with its proposed open access carbon storage hub. Per the press release, the Alberta-based pipeline company has reached an agreement with the First Nation Capital Investment Partnership to advance the proposed Open Access Wabamun Carbon Hub west of Edmonton, Canada.

The Hub is being developed as a combination of carbon transportation and storage solutions to support recently announced carbon capture projects from Capital Power, Lehigh Hanson Materials Ltd., and possibly others.

The Lac Ste. Anne Métis Community will also have an opportunity to pursue ownership in future carbon transportation and storage projects associated with the Hub.

“This path creates an opportunity to generate wealth, but more importantly it allows sustainable economic sovereignty for our communities. We are creating a healthy future for the next seven generations to thrive,” said George Arcand Jr., Chief of Alexander First Nation, in a press release announcing the partnership. “We’re looking forward to working with industry leaders who share our values of environmental stewardship and to collaborate with Enbridge on world-scale carbon transportation and storage infrastructure investments.”

Colin Gruending, executive vice president and president, liquids pipelines with Enbridge, added in the press release: “We welcome the opportunity to partner with these Treaty 6 First Nations and the Lac Ste. Anne Métis Community as equity owners in the carbon transportation and storage projects being developed within the Open Access Wabamun Carbon Hub. We see Indigenous economic partnerships like this as critical to advancing reconciliation and delivering world-class projects.”

Once built, the Hub will be among the largest integrated carbon transportation and storage projects in the world. Capital Power and Lehigh Cement’s planned carbon capture projects represent an opportunity to avoid nearly four million tons of atmospheric CO2 emissions.

Capital Power Corp. and Enbridge announced in November that they would evaluate and advance a carbon capture and storage project in the province, which could come online as early as 2026. Enbridge and Lehigh Cement said in January that they had also come to an agreement on a carbon storage deal.

With support of local Indigenous groups, Capital Power, and Lehigh Cement, Enbridge has applied to develop the open access Hub through the Government of Alberta’s Request for Full Project Proposals process.

Under normal market conditions, CNRG generally invests at least 80% of its total assets in the securities comprising the index, which is designed to capture companies whose products and services are driving innovation behind clean power.

The fund may invest in equity securities that are not included in the index, cash and cash equivalents, or money market instruments, such as repurchase agreements and money market funds.