You are at:Home»ESG Channel»Electric Vehicle Makers Try to Secure Sustainability across Supply Chains 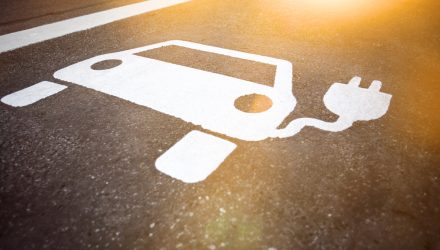 Electric vehicles may be poster children of the new technologies in the fight against climate change, but that does not mean all of the components that make up the all-electric automobiles are environmentally friendly.

The all-electric technology popularized by Tesla involves a kind of front-loading of environmental risk, the Wall Street Journal reports.

EVs generate less carbon emissions than a conventional car, even when recharged with electricity generated from burning coal, but their electric batteries require a lot of resources to produce.

Consequently, more investments are needed to secure sustainable supply chains in the production of EVs. Investments like General Motors’ new battery factories are mainly about securing greater control over the supply, technology, and costs of the most important EV components, especially the growing priority of their environmental footprint.

The mining of battery metals, notably the lithium needed to to create lithium-ion batteries, is also a point of uncertainty in the social responsible agenda. For instance, the industry once placed great focus on cobalt, which was sourced from the Democratic Republic of Congo amid charges of child labor.

In a bid to better-control their supply chains, automakers Volkswagen and Daimler, German chemical giant BASF, and smartphone maker Fairphone have formed a “responsible lithium partnership” to protect mining in Chile that generates a large portion of global supply. Additionally, BMW has already signed a $335 million “sustainable” supply deal with Livent in neighboring Argentina.

Yet as EVs become become more popular, continued price cuts become harder and slower if the industry is limited to metal supplies that are certified as sustainable.

“The data is pointing to the battery cost curve coming down much more slowly than hyped. There are a lot of bottlenecks and challenges that people are ignoring,” Mio Kato, an analyst who publishes on research platform Smartkarma, told the WSJ.