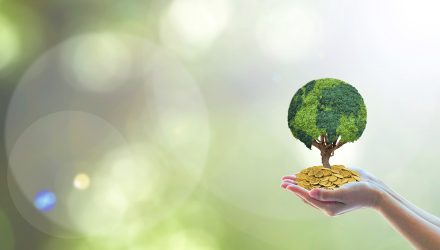 While many are talking about new commitments to push forward sustainability and the fight against climate change, it is still hard to kick old environmentally dirty habits.

The banks have to weigh ongoing commitments to protect their investments in troubled energy companies against new pledges to address sustainability in environmental, social, and governance, or ESG, policies.

Specifically, Goldman Sachs is set to take control of a bankrupt oil driller, Nine Point Energy Holdings Inc., which has been flaring natural gas or burning excess natgas in North Dakota at rates that exceed state guidelines – natural gas is an excess byproduct from crude oil drilling operations and sometimes are produced in such large quantities that it is cheaper to burn than to transport.

Meanwhile, JPMorgan Chase has financed the nation’s largest coal producer, Peabody Energy Corp., and extended a lifeline to the energy producer that should last through the end of 2024, which is a year after the bank’s self-stated deadline for phasing out credit to the coal sector.

ESG is difficult to clearly define without clear cut regulations, and “we need to be realistic about fossil fuel and even coal usage for applications where there is no substitute,” Barry Kupferberg, managing partner of Barkers Point Capital Advisors, an investment banking and advisory firm focused on energy transition companies, told the WSJ. “This inevitably leads to decisions and positions that can appear inconsistent with stated goals.”

While many companies have issued sustainability goals in light of the growing momentum behind social responsibility efforts, more hard-line environmentalists have censured the companies for not doing enough.

“Wall Street firms have been making splashy sustainability commitments, but as long as they continue to back failing fossil fuel companies, these commitments aren’t worth much,” Ben Cushing, a campaign manager at environmental group Sierra Club, told the WSJ, referring in general to big banks that espouse environmental goals.