You are at:Home»ESG Channel»Big Tech Has Been a Big Backer of Green Energy 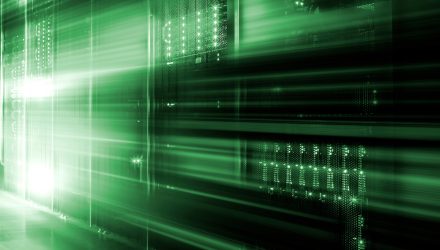 Big Tech Has Been a Big Backer of Green Energy

The technology sector is pushing toward renewable energy as many companies secure sustainable electricity deals to power large data centers.

For example, Amazon plans to purchase 1.5 gigawatts of production capacity from 14 new solar and wind plants around the world as the e-commerce giant tries to acquire enough renewable energy to cover all of the company’s activities by 2025, the Wall Street Journal reports.

Technology companies are backing solar, wind, and other renewable energy projects to fuel their increasing appetite for electricity. In some countries, developers pointed to tech companies’ willingness to spend upfront, which has helped make these private sector deals more important than government subsidies as the main support in the expansion of renewable energy capacity.

For example, Amazon, Alphabet Inc.’s Google, Facebook, and Microsoft are four of the top six largest corporate buyers of publicly disclosed renewable energy purchase agreements, making up 30%, or 25.7 gigawatts, of the total from global companies, according to the research firm BloombergNEF.

“It’s almost like a stampede for clean energy,” Michael Terrell, director of energy at Google, told the WSJ.

The investments in green energy are important since companies want to show that they are helping to reduce absolute carbon output and not just replacing old electricity sources with new ones.

“Just because you put a clean electron on the grid doesn’t necessarily mean you’re displacing a carbon-based electron,” Brian Janous, general manager of energy and renewables at Microsoft, told the WSJ.

The globe’s increased reliance on data and computer processing has fueled demand for electricity, despite growing efficiencies in technology, especially with the rise of 5G networks ahead.

“The data-center industry is one of the largest power consumers world-wide,” Stefan-Jörg Göbel, a senior vice president of wind and solar for the Norwegian energy company Statkraft AS, told the WSJ. “They’re reshaping the demand side of the industry just from the pure physics of it.”