You are at:Home»Equity ETF Channel»What a Market Comeback Looks like for Major Indices 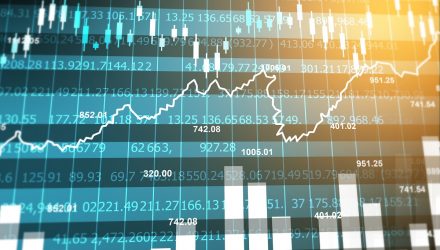 What a Market Comeback Looks like for Major Indices

After a brutal May, where U.S. stocks lost more than 6% amidst trade war concerns about China and more recently Mexico, the stock market has rallied back fiercely, regaining much of its lost ground.

Much of the recovery seems to be linked to expectations that the Federal Reserve will cut rates accordingly, if the market needs salvaging. But the question of whether this is a short-lived oversold bounce, or something more sustainable is on many investors’ minds.

Mike Santoli discussed whether or not this rally has any legs on CNBC Tuesday, explaining that at least for the now the market recovery appears promising.

“The tone of this comeback is somewhat encouraging, at least to keep a lot of the stock market at these levels. We had a 6.5% decline from the very beginning of May down through very early June, and then we’ve had this comeback,” Santoli explained.

The next big test for the stock market will be whether the major indexes can break through all-time highs, just a short distance away. The market has been battling with the 2900 level on the S&P for the last couple of sessions, and Santoli discussed which stocks seem to be holding up the best, and which ones are flagging.

Santoli explains: “Basically the last 6 days that we’ve had this comeback, and of course we’ve had the reverse is gonna be the effect we have. Finally in especially the last 2 days we’ve had the more aggressive stocks, the high beta stocks leading the way, and that’s I guess to be expected. You had semiconductors; you had the transports yesterday that were doing their part. The question is, can the aggressive stuff, can the more cyclical ones carry the weight as treasury yields rise, that maybe you’re gonna have to offset those defensive stocks pulling back a little bit…the S&P high beta stocks up 7% and obviously you’re having some underperformance in the defensive stocks as the overall index keeps bumping up against that 2900 level.”

Finally, there has been much discussion and deliberation about whether the Fed may cut rates and how it could possibly save the market. Santoli weighed in on how bond rate cuts affect stock prices, commenting, “I think there’s room for yields to keep moving higher before it pinches anything. But I would point out: the 2 year note is at a high for June. Are we gonna talk about maybe the market got too aggressive about pricing in rate cuts?”