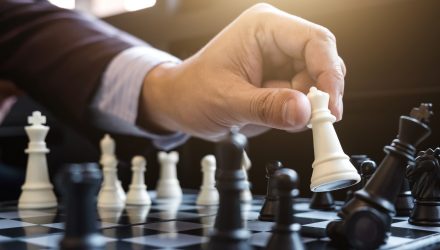 What Could be the Next Trigger Event for the Markets?

For the most part, the capital markets already priced in a U.S.-China trade deal, but now that it’s taken a 180-degree turn, what could be the next trigger event for the markets? It seems investors have been stuck in this guessing game the last couple of weeks, leaving markets flummoxed–volatility being the byproduct of this uncertainty.

According to Russ Koesterich, Portfolio Manager for BlackRock’s Global Allocation Team, the price of U.S. equities could hint at what that next move could be. Currently, they’re neither too expensive nor too cheap.

“The S&P 500 Index is currently trading at roughly 17 times next year’s earnings (as measured by price-to-earnings ratio, or P/E) and a little under 19 times trailing earnings,” wrote Koesterich. “Today’s valuation is high but not extreme. The P/E on the S&P 500 is slightly above the post-crisis average and modestly above the long-term average. That said, today’s valuation is roughly 20% below the January 2018 peak and roughly 35% below the 1999 top.”

As such, investors who feel that equities are priced too high can invest with confidence as opposed to staying on the proverbial sidelines.

“Conversely, relative to consumer confidence, one of the better coincident factors in the post-crisis regime, stock valuations look about 10% too cheap,” noted Koesterich. “Most of the other metrics, which are primarily different versions of financial conditions, suggest that the P/E on the S&P 500 is almost exactly where you would expect it to be (see Chart).” 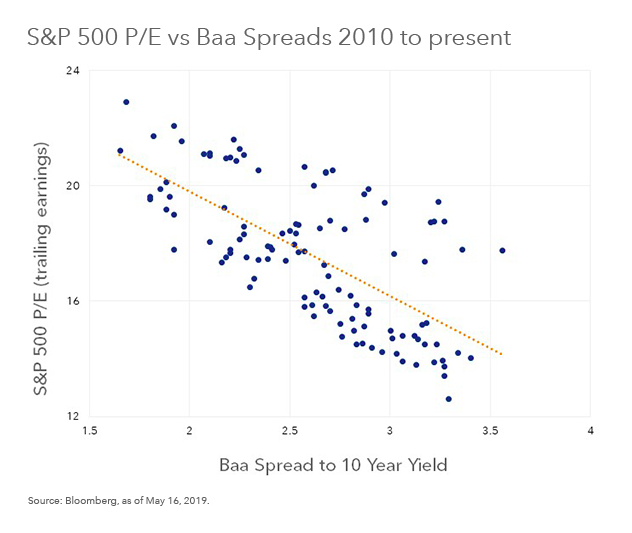 As far as what investors should watch for, it could be anticipating the Federal Reserve’s next moves since it seems they’re on cruise control thus far in 2019 with no adjustments to interest rates. Other risks could be related to the greenback and prolonged trade wars.

“Obviously a change in conditions, apart from the impact on earnings, would suggest some re-calibration in equity multiples,” said Koesterich. “The worst scenario would be a combination of slower growth and some tightening in financial conditions. A surge in the dollar would also be a risk to watch. Another very real possibility: a prolonged trade dispute, particularly if tariffs cause a sustained bump in inflation. This would inhibit both growth and the Federal Reserve’s latitude to adjust monetary conditions.”

However, it all circles back to the central bank. Can they get out of their cautious wait-and-see mentality and make a rate move–up or down?

“A more benign scenario would be a pre-emptive easing by the Fed,” added Koesterich. “Under this scenario, easier financial conditions would help stocks, even if growth slowed a bit.”