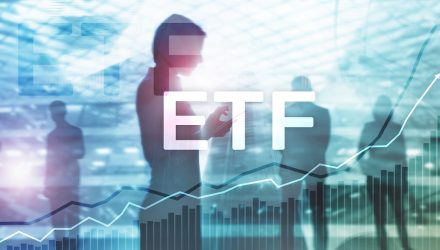 For investors looking for an ETF that tracks the overall stock market, specifically the S&P 500, look to the Vanguard S&P 500 ETF (VOO).

Despite the current market volatility and fears based on the U.S. trade spat with China, over the long haul, the stock market has been shown to make appreciable gains if you stick it out. The Oracle of Omaha, Warren Buffet, even says that the best retirement plan is to put 10% of your funds in short-term government bonds and 90% in an S&P 500-tracking exchange-traded fund (ETF). Buffet being one of the world’s foremost investors, you could do worse than to take his advice.

When it comes to the VOO ETF, the fund seeks to track the performance of its benchmark index, the S&P 500, according to Vanguard. It employs an indexing investment approach, attempting to replicate the target index by investing all of its assets in the stocks that make up the Index with the same approximate weightings as the Index.

“Vanguard has reset the bar in the price competition for asset allocation products,” says Todd Rosenbluth of CFRA. “While we’ll soon have zero-fee ETFs from SoFi, these Vanguard products are extremely popular and investors are only more likely to gravitate toward them as they focus more on fees.”

The S&P 500 is perchance the most accurate depiction of the U.S. economy, encompassing all of the main sectors and representing roughly 80% of the nation’s market capitalization. Unsurprisingly, almost $10 trillion of investor cash is devoted to the stocks that make up the index, according to the latest statistics from S&P Dow Jones Indices, with over $3.4 trillion in index ETFs.

“The Vanguard S&P 500 has been an asset gatherer and continues to pull in money during times of market stress and tax loss harvesting, out-gathering the iShares S&P 500,” Rosenbluth says. “I’m a strong believer that you shouldn’t focus on costs, but when the products track the same exact index, it’s hard to make a case for a more expensive product.”