You are at:Home»Equity ETF Channel»Trade War May Continue To Affect Micron And Other Company Earnings 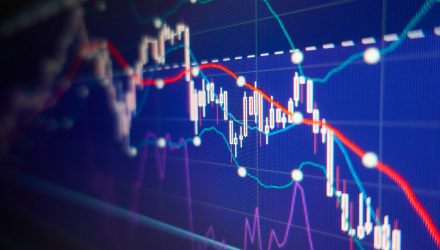 Trade War May Continue To Affect Micron And Other Company Earnings

In light of the recent trade spat with China, the U.S. corporate earnings picture continues to degrade, with companies exposed to tariffs taking the most substantial hits.

As profit reports just start to come in, profit expectations are worsening. Economic prognostications already were indicating negative earnings growth for the second quarter, but the forecast for continued losses has also now broadened for the third quarter, according to the latest FactSet calculations.

Factset now approximates that the third quarter forecast has transitioned from a slight gain of 0.2% as recently as June 7 to a slight decline of 0.3% as of late last week. Encompassing the Q1 0.3% decline and an expected shortfall of 2.6% in Q2, that would demarcate the first three-quarter pullback in profits in three years, which occurred during the earnings recession from Q4 2015-Q2 2016.

Memory-chip maker Micron is one of those companies likely to display disappointing earnings. After reporting quarterly profit of $3.8 billion last year, Micron is anticipated to report net income of less than $800 million this year, according to a FactSet poll of analyst forecasts. That’s what the analysts predict now. But last year they imagined it would be $3.4 billion. In fact, one analyst contends the memory market is so bad that Micron could actually post a loss for the year by time 2019 is over.

Micron stock has fallen nearly 20% over the past 3 months as hopes for a recovery in chip prices have faded. A few months ago, the stock was up more than 30% for the year.

Baird analyst Tristan Gerra, who has an underperform rating and a $28 price target, said that inventory problems have gotten worse and expects the downturn in memory chips to last into 2020.

“DRAM inventories are 6-7 weeks in the PC supply chain, higher than normal levels of 3-4 weeks, and importantly up from five weeks a quarter ago,” Gerra said.

Memory-chip makers aren’t the only businesses suffering earnings casualties however.

A month has passed since the last earnings report for Lions Gate Entertainment (LGF.A). Shares have lost about 24.8% in that time frame, underperforming the S&P 500.