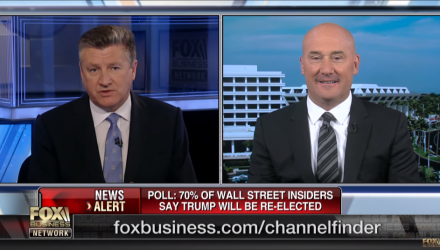 Like the majority of politically-charged questions, predicting who will win the presidential election in 2020 will depend on who you ask. When it comes to Wall Street, 70 percent of insiders who responded to a survey told investment bank RBC Capital Markets that U.S. President Donald Trump will come out as the victor of his reelection bid next year.

Will all the recent blowback surrounding former vice president and Democratic presidential hopeful Joe Biden, it almost seems like a smooth path to the presidency for Trump. Early polls for 2020 are already showing Biden as the leader for the Democratic Presidential Nomination, but a Biden victory is a thought that Wall Street isn’t ready to embrace any time soon.

“I think it’s great news for Wall Street,” said ETF Trends CEO Tom Lydon during “Varney & Co.” on the Fox Business Network on Monday. “Biden would be the frontrunner and he would give Wall Street a big bear hug if Trump lost as well.”

“The key is we don’t like disruption on Wall Street–we want things status quo,” added Lydon.

Lydon makes reference to the administration of former president Barack Obama who maintained the momentum of a recovering market in his second term at the White House. Wall Street would certainly want a repeat performance of allowing the current bull market under to run uninterrupted under another Trump presidency. 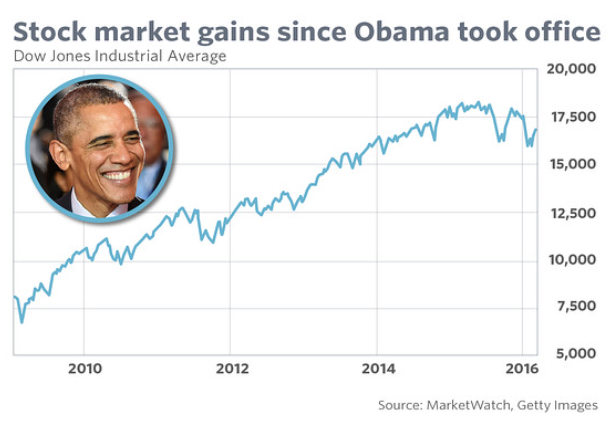 Trump, however, will have to contend with opposition from Vermont Senator Bernie Sanders, who made an unsuccessful albeit memorable run for the presidency in 2016. The capital markets will certainly turn the other cheek at this thought as the 77-year-old candidate will likely take aim at Wall Street once again as part of his renewed campaign in 2020.

Sanders enters a diverse Democratic field that includes the likes of Elizabeth Warren, Kirsten Gillibrand, Kamala Harris, Cory Booker and Amy Klobuchar. Sanders made a name for himself in 2016 for his progressive ideas and those involving Wall Street banks will more than likely be on his agenda once more as the financial crisis in 2008 still resonates with his base.

During the thick of the financial crisis 10 years ago, Sanders was an ardent opponent of the “too big to fail” mantra that circulated Wall Street. This time around, things will likely stay the same.

Last year, Sanders targeted large financial companies like J.P. Morgan Chase, Goldman Sachs and Warren Buffett’s holdings company Berkshire Hathaway, arguing that size equates to too much risk. Sanders introduced a bill that would break up any financial institution with a total exposure of more than 3 percent of gross domestic product.

“It’s very fearful on Wall Street if Biden doesn’t throw his hat in the ring, Bernie Sanders would be very, very disruptive for Wall Street–something that they can’t even think about right now,” said Lydon.

Investors Voting with Their Wallets

Wall Street’s expectation of a Trump win certainly speaks to the notion that the capital markets are obviously voting with their wallets instead of their minds. This could very well be the overall sentiment for most investors who want to see their portfolios grow without disruption from a progressive candidate like Sanders.

“Investors have been very pro-stock market,” said Lydon. “Even in Q4 last year when we had a big market correction, we look at ETF flows all the time, there was more money coming into the markets than what was going out, which tells me investors continue to be very, very positive of markets moving forward even though we’re entering this slower growth period.”

One would assume that outflows from U.S. equities in 2018 would also be evident in exchange-traded funds (ETFs) that have been purchasing the downtrodden shares in the three major indexes. However, that hasn’t been the case as ETFs received $314 billion worth of inflows despite a challenging 2018–a drop from the $466 billion the previous year, but given the challenges of 2018, an impressive figure nonetheless.

Of course, being that this is politics, the changing demographic of younger voters could help turn the tide on more progression. How the markets view this will be dependent on its ability to educate the youth on the benefits of capitalism going forward.

“We have a big obligation to educate younger Americans today about the capital markets and what they can do for America in general,” said Lydon.