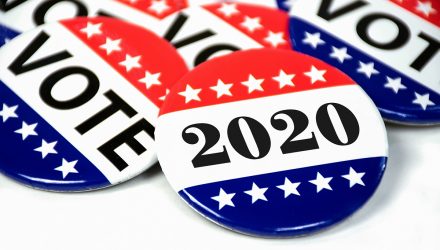 Next President Could Break The Market According To Paul Tudor Jones

Billionaire investor and notorious trader Paul Tudor Jones sees the S&P 500 tanking by as much as 25% if Sen. Elizabeth Warren defeats President Trump in the 2020 election, but anticipates another 15% upside for the market if President Donald Trump wins reelection.

Jones explained on Tuesday that an internal poll at his investment firm uncovered that employees believe the S&P 500 could plummet to 2,250 if Warren wins the election.

“Her policies would – assuming they were implemented – probably give you something like that,” he said. “As an investor, you have to have a view on the election because the outcomes are so extreme. I’ve never seen this kind of polarity in elections as we have now.”

Related: Would A Democratic President Be Bad For Markets?

Warren has made it no secret she is not the biggest fan of Wall Street and big business, claiming recently in Iowa, “Our democracy has been hijacked by the rich and the powerful.” In addition, although it did not have an incredibly wide viewing reception, a video clip Warren’s office produced was released in mid-July with the tagline “Stop Wall Street looting,” which now has Blackstone and other private equity firms rattled.

Understandably, Wall Street and the ultra-wealthy are concerned.

“I don’t need Elizabeth Warren telling me that I’m a deadbeat and that billionaires are deadbeats. The vilification of billionaires makes no sense to me. The world is a substantially better place because of Bill Gates, Michael Bloomberg, David Rubenstein, Bernie Marcus, Ken Langone,” Hedge fund manager Leon Cooperman said Monday.

“This is idiocy! It’s appealing to the lowest common denominator and basically trying to turn people’s heads around by promising a lot of free stuff,” he added.

A Thorn In Warren’s Side

One of the most jagged thorns for affluent opponents of Warren’s policies is that one of the senator’s central campaign promises is to institute a 2% tax on households with a net worth of above $50 million and a 3% tax on household net worth over $1 billion. She further increased that rate to 6% after expanding on her “Medicare for All” proposal.

While there are those economists and investors who believe that the presidential race is immaterial to markets. Jones sees this election as one of the most important in history.

“It does make a difference. Ronald Reagan, when he became president, was a huge difference to the stock market,” Jones said from Greenwich, Connecticut. “And I would say who the next president is, is also going to have a huge impact on the economy and the stock market, particularly asset pricing.”

“This one is going to be more meaningful than anyone certainly in my lifetime,” he added.