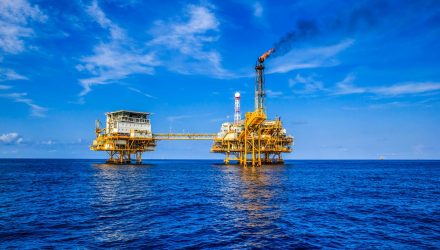 Saudi Aramco priced the massive 3 billion shares at 32 riyals ($8.53) each in its IPO, according to a source familiar with the IPO process. That indicates that the garnered more than China’s Alibaba (BABA) in its 2014 public debut, although Aramco declined to comment.

To put the magnitude of the deal in perspective, at that level, Aramco has a market valuation of $1.7 trillion, comfortably besting Apple as the world’s most valuable listed firm. But the listing, which is anticipated later this month on the Riyadh stock exchange, is a far cry from the blockbuster debut originally envisaged by the Crown Prince.

What Saudia Arabia Depends On

Saudi Arabia depended on domestic and regional investors to sell a 1.5% stake after receiving only tepid interest from overseas, even at the diminished valuation of $1.7 trillion.

“The amount raised by the IPO itself is relatively contained given the size of the economy and medium-term funding requirement of the transformation plan,” said Monica Malik, chief economist at Abu Dhabi Commercial Bank.

“Nevertheless, combined with other areas of funding, we believe that there is meaningful capital in place to progress with the investment plans aimed at diversifying the economy.”

Saudi citizens were offered 0.5% of the company or about a third of the offering, an unprecedented retail offering compared with previous Saudi IPOs.

Aramco has also devised a dividend of $75 billion for 2020, greater than five times Apple’s payout, which is already among the most significant of any S&P 500 company.

Related: Profit From China Singles Day With This ETF

Back in September, crude oil saw a massive price spike following drone strikes on a Saudi oil facility at Abqaiq and at a nearby Khurais oil field, hamstringing 5.7 million barrels of daily crude production or 50% of the kingdom’s oil output for a short period of time. Despite news it might take weeks to recover the lost supplies however, Saudi Aramco, which was preparing for the release of its IPO at the time, quickly and surprisingly restored the bulk of its production.

For investors considering the IPO, one thing to keep in mind however is that as Ellen Wald puts it in a recent New York Times op-ed:

“The money raised from the Aramco IPO, and any subsequent offerings, will not go to the company. It will go to Saudi Arabia—to the king and his government. And every subsequent purchase of Aramco shares will raise the value of the company just a little, further enriching the king.”