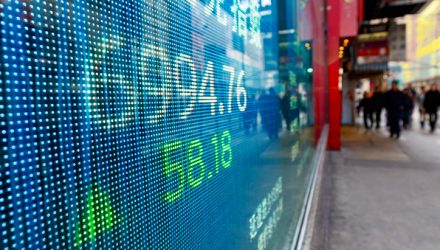 The S&P 500 broke the record high set last month surging on news of the U.S. and China agreeing to move forward with trade talks.

Investors were not only reacting to the trade talk truce, President Donald Trump also changed his tune on Huawei, the Chinese tech giant that was previously blacklisted.

Over the weekend, Trump said, “‘US companies can sell their equipment to Huawei,'” as long as the transactions won’t present a “‘great, national emergency problem,’” CNN reports.

Based on the trade developments, market-watchers weren’t surprised at the record-breaking highs seen today.

“After making a bearish trading call at the beginning of May, we issued a trading flash on June 3rd that the market was bottoming and we’d make new highs and we’re up 200 and something S&P points since then,” Jeffrey Saut of Capital Wealth Planning told CNBC. “We’re not surprised to see the market stall here a bit but longer term we are in a secular bull market that has years left to run.”

Lindsey Bell of CFRA Research was unsurprised at the record highs as well, agreeing that the Fed is likely to jump in should unfavorable economic data points arise. “I think that’s why when these data points came out this morning, the market remained at its highs for the day,” she told CNBC.

Tempering the enthusiasm, some market-watchers sounded a note of caution.

“ … it’s important for investors to remember that existing tariffs remain in place, meaning the current drag on growth and earnings will continue,” Alec Young, Managing Director of Global Markets Research, FTSE Russell, wrote in a research note quoted by CNN. “This comes at a time when global PMI data shows continued manufacturing weakness in China, Europe and even the US.”