You are at:Home»Equity ETF Channel»Retirement Portfolio Redux: Is the 60/40 Portfolio Dead? 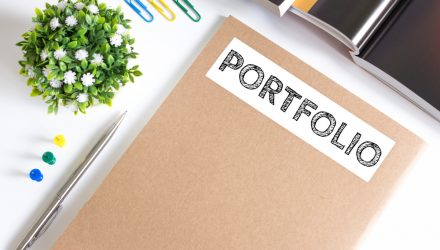 With the 10-year U.S. Treasury yield hovering below 1% and Federal Reserve Chairman Jerome Powell saying at the June Federal Open Market Committee meeting that the Fed is “not even thinking about thinking about raising rates,” advisors will have to reconsider how they view fixed-income’s role in a portfolio.

Although interest rates have trended lower for decades, the past several years have been brutal for income-seekers, and Powell’s stance suggests the low-rate environment is not likely to change. That means the traditional 60/40 stock-to-bond portfolio is going to look much different. Some advisors are increasing equity allocation to capture higher growth, with fixed-income acting as a ballast to higher equity allocations. Other advisors believe with rates this low, fixed-income has no role at all.

Tom MacCowatt, partner of Williams Jones Wealth Management, says the traditional balanced portfolio is not dead, but it needs an upward adjustment. “Since March, equities have continued to play a bigger role in retirement portfolios to replace the level of income that’s normally provided by fixed income,” he says, referring to the spring market selloff because of the impact of the coronavirus.

For several advisors, that means using dividend-paying individual stocks or exchange-traded funds. MacCowatt says his firm is adjusting client’s equity positions higher, anywhere from 5% to 10%, depending on their client’s tolerance. “In other words, 70/30 is the new 60/40,” he says.

Todd Jones, chief investment officer at Gratus Capital, says his firm has run a dividend-paying strategy for the past few years for clients who are at or in retirement, using the strategy for income-generation. Their yield target is 3%.

For clients still in the accumulation phase, he pairs the dividend strategy with either active equity growth funds or a few ETFs such as iShares Russell 1000 Growth ETF (IWF). For young clients, Jones says they use a combination of ETFs, including iShares Core Dividend Growth ETF (DGRO).

Robert Wyrick, chief investment officer of Post Oak Private Wealth Advisors, is also a fan of using dividends for income, saying that over time that dividends are more stable that bond yields because dividends have risen over time. Wyrick says his firm uses dividends “to generate the lion’s share of income.”

He uses iShares Select Dividend ETF (DVY) and First Trust Morningstar Dividend Leaders ETF (FDL). Wyrick says. DVY has a yield a little north of 4% and FDL has a 5% yield. There are higher-paying dividend ETFs available, but he’s wary of focusing just on yield.

“In many cases, companies pay super-high dividends but it represents too much of their cash flow and jeopardizes the long-term growth of the company.  In some cases, companies are even borrowing money to pay dividends,” he says.

Those should be avoided, especially in an uncertain economy. When he chooses a dividend-paying ETF, he looks at the coverage ratio to feel confident the distribution is sustainable.

The price to pay for adding more equity is a more-volatile portfolio, Jones says, and it will require more portfolio discipline to deal with that volatility. But volatility is not inherently bad, he says. “It allows those who are patient to be able to get allocations to positions that they want to get to, at fair prices,” Jones says.

Wyrick agrees, but says his firm hedges that volatility by buying puts on the S&P 500 and also uses vehicles such as SPDR Gold Trust (GLD). They hedge 2%-3% of their clients’ portfolios through put-buying, which he says allows them to achieve 70% to 80% of the S&P 500’s return with a maximum downside of 6% to 7%. That allows their clients to be fully invested in equities.

“There’s really no place for bonds,” Wyrick says, because yields are so extremely low, the risk is that rates will rise, which puts pressure on bonds.

So What About Bonds?

Jones says if bonds can’t match inflation, “then they should be considered more in line with a capital-preservation sleeve and a liquidity sleeve, as opposed to income generation.”

Advisors should have a forecast for where they think rates will go as they’re deciding on the income sleeve. “Because otherwise, you’re not helping your client if you don’t,’ he says.

His firm has used a reference point on rates, which is usually the Bloomberg Barclays Aggregate Bond Index, saying that whenever the index falls under 3%, they look to other options for income generation.

In the fixed-income sleeve, MacCowatt has lowered exposure to U.S. Treasuries because of the recent run up and is instead looking at bonds and bond funds with modest credit exposures such as higher-quality mortgage backed securities and investment-grade corporate bonds. “That will enhance the yield of the bond sleeve without incurring significantly more risk in the bond portfolio,” he says, adding that they’re keeping duration on the shorter side.

When it comes to 60/40 portfolio allocation, Jones says the equities sleeve stays at 60%, while they’ve carved up the bond side to be divided into half core portfolio and half of what Gratus calls the alternative-income portfolio.

Most of the core exposure lines up with Agg benchmarks, Jones says, and is now generally positioned to match the sector weightings within the Agg. His firm uses duration and security selection to generate any alpha. The core part of the bond sleeve doesn’t generate much income, but its purpose is as a ballast to equity volatility.

Jones says they’ve put some thought into what the “alternative” income part of the bond sleeve looks like. “If you’re pulling in equity beta, that’s not desirable in a bond-like sleeve. So you’ve got to be very careful about what you’re adding that might be appropriate for that risk and return profile,” he says.

Some of the vehicles Gratus uses for alternative income include reinsurance and strategic income funds, but also considers investments that might not necessarily be thought of as income generators. That includes infrastructure securities, such as iShares Global Infrastructure ETF (IGF). That type of fund acts like a utility, but also has a growth element to it.

“Most municipalities are going to need to sell some of their infrastructure assets through private partnerships to raise capital,” he says.

In the current environment, Jones says advisors have a tough balancing act to consider for retirees’ portfolios. “We all recognize is that income generation is not easy to get anymore without taking very bespoke risks,” he says.