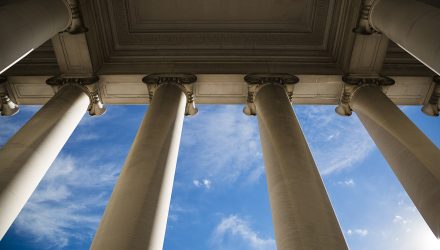 Helped by some recent mergers and acquisitions activity and improved sentiment toward the broader financial services sector, KRE and friends are rebounding this year and some analysts think that trend can continue.

“Mark Tepper, founder of Strategic Wealth Partners, notes that while a flattening yield curve and historically low interest rates are a headwind for financials, the beginning of bank regulation rollbacks could spark even more M&A activity in the space,” reports CNBC.