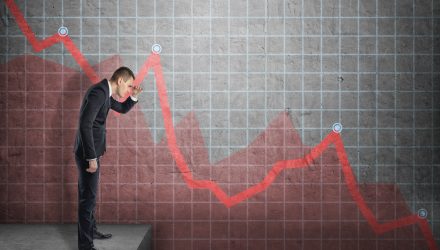 Nobel Prize Winner: Recession Could Be Years Away

Inverted yield curves and global data might be saying one thing, but Nobel-prize winning economist Robert Shiller is saying another. According to Shiller, U.S. President Donald Trump is creating an environment that tilts toward strong consume spending, which should be enough to fend off a recession for years to come.

“Consumers are hanging in there. You might wonder why that would be at this time so late into the cycle. This is the longest expansion ever. Now, you can say the expansion was partly [President Barack] Obama,” he told CNBC’s “Trading Nation” on Friday. “But lingering on this long needs an explanation.”

Of course, it will all depend on what happens in 2020 as voters head to the polls to decide whether Trump can secure a second term. Data firm Moody’s Analytics used three different models to determine the results of the 2020 election and thus far, they are predicting that U.S. President Donald Trump will cruise to a second term.

The projections are based on the gains in the stock market and the unemployment rate, which, if they remain static, will seal a victory for Trump.

“If the economy a year from now is the same as it is today, or roughly so, then the power of incumbency is strong and Trump’s election odds are very good, particularly if Democrats aren’t enthusiastic and don’t get out to vote,” said Mark Zandi, chief economist at Moody’s Analytics and co-author of the paper along with Dan White, the firm’s director of government consulting and fiscal policy research, and Bernard Yaros, an assistant director and economist. “It’s about turnout.”

All three models used by Moody’s shows that Trump will receive 289 electoral votes based on average voter turnout. Based on the “pocketbook” version of their model, which measures how Americans feel about their finances, Trump’s path to a second term is almost certain.

Based on a CNBC report, the results are surprising given “Trump’s consistently low favorability ratings — 40% in the latest Gallup poll — and as most head-to-head matchups against Democrats show the president losing.”

“If he survives that, he might contribute for some time in boosting the market,” said Shiller. “We’re maybe in the Trump era, and I think that Donald Trump by inspiration had an effect on the market — not just tax cutting.”

Shiller, in conjunction with Eugene Fama and Lars Peter Hansen, received a Nobel prize in economics for an analysis on asset prices. Shiller is an expert in behavioral finance and recently released his latest book “Narrative Economics.”