You are at:Home»Equity ETF Channel»Nike’s Political Stance May Affect Operations But Not Share Price 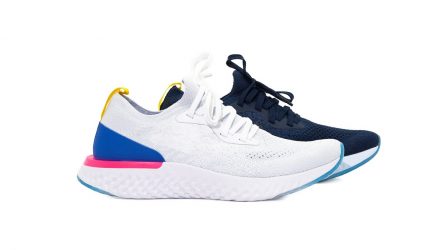 Nike’s Political Stance May Affect Operations But Not Share Price

Nike is down less than half a percent Tuesday morning after the shoe giant opted to pull a U.S.A.-themed sneaker featuring an early American flag. NFL star-turned-activist Colin Kaepernick admonished the company not to sell a shoe with a symbol that he and others consider offensive, according to people familiar with the matter.

The sneaker behemoth created the Air Max 1 USA in celebration of the July Fourth holiday, and it was scheduled to go on sale this week. The heel of the shoe featured a U.S. flag with 13 white stars in a circle, a design created during the American Revolution and commonly referred to as the Betsy Ross flag, which Kaepernick believes is offensive due to its connection to slavery

As most recall, Mr. Kaepernick, currently 31 years old, last played in the NFL in 2016, the season he began kneeling on the field during the national anthem to remark on social injustices and racial inequality. The former San Francisco 49ers quarterback has gone unsigned since and, along with former teammate Eric Reid, in February settled collusion grievances that claimed that the league and its teams conspired to keep them unsigned because of their outspoken political views. The settlement was for less than $10 million, The Wall Street Journal previously reported.

After Nike said it’s dropping its Betsy Ross American flag sneakers, Arizona Governor Doug Ducey said on Tuesday in a Tweet that he will order the state’s commerce authority to remove the nearly $1 million in review and permit fees and to disallow reimbursement of up to $1 million for the jobs Nike would create following plans to locate itself in the state.

“It is a shameful retreat for the company. American businesses should be proud of our country’s history, not abandoning it,” wrote Ducey on Twitter.

It is a shameful retreat for the company. American businesses should be proud of our country’s history, not abandoning it. 6/

Last year, Nike featured Kaepernick as part of its 30th anniversary of its iconic “Just Do It” campaign. Since the ad was released, Nike has posted higher sales, boosted by strong demand in both the U.S. and China. In the fourth quarter, sales rose 4% to $10.18 billion. Its share price has climbed more than 15% so far this year.

Investors who are supportive of Nike can look at ETFs with heavy weightings of the stock such as the  iShares U.S. Consumer Goods ETF (IYK) or the Invesco DWA Consumer Cyclicals Momentum ETF (PEZ).