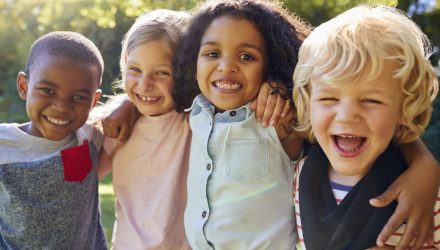 It’s hard to believe that the infamous walk on the moon was half a century ago, and equally impressive that companies like McDonalds, Lowes, Altria, Hasbro, and Disney have been some of the best performing stocks since 1969.

“The long term trend of the market has always been up. But there’s clearly been some stocks which have performed much better than others. If you look at McDonald’s, its been a slow and steady burn higher in this stock. And from our perspective, there’s been this really nice price channel that’s been unfolding over the last five years for this name, and a move toward the upper end of the channel could put this stock up toward $265. So from our perspective, that’s one that we would continue to focus on,” said Craig Johnson of Piper Jaffrey on CNBC.

Johnson also sees Disney as a robust performer over the past 50 years, that is likely to continue to deliver the goods.

“The second stock is Disney. This stock has been forming a very nice consolidation over the last 5 years. It recently just broke out. We added it into our model portfolio, and from our perspective, based upon the size of the breakout, we could see this stock moving up toward the 160’s. So clearly this is a stock that’s got more room to run,” Johnson added.

Consumers are the key to the companies’ enduring success according to Quint Tatro, president of Joule Financial. Tatro sees these companies as classics with authoritative brand recognition.

“I love this because this gives us a long term glimpse into the great compounding machine that is the stock market,” said Quint Tatro.. “The common theme among all of these stocks over the last 50 years, is that they are all hinged to the great U.S. consumer. And they’re great American franchises. You don’t have to describe exactly what they do; everybody knows that brand,” Tatro explained.

Disney is a favorite for Tatro, who views the legacy as continuing.

“Out of those stocks you mentioned right now going forward in our opinion is Disney. This is a company that continues to reinvent themselves. We like them. We own them. We do believe in the next 50 years we’ll still be talking about Disney,” Tatro said.

Although Disney and McDonald’s have a long history, Tatro exhorts investors to consider stocks newcomers like Uber and Lyft, which Joule believes show potential as franchises.

“But in all honesty, I think you gotta look at what else is out there. And I know it’s not all that popular, but we do like what we believe are the future of American franchise companies like an Uber or a Lyft,” Tatro added.

An ETF like the Consumer Discretionary Select Sector SPDR Fund (XLY) is a great place to start for investors looking at consumer stocks like Disney and McDonald’s.