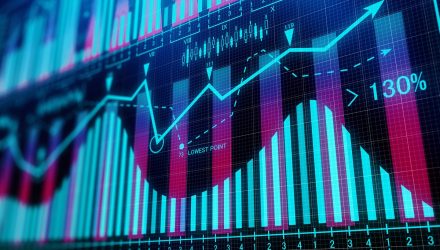 U.S. stocks erupted higher on Tuesday after President Donald Trump said he will be meeting with his Chinese counterpart, Xi Jinping, at the upcoming G-20 summit, broadening anticipation for a U.S.-China trade deal. This rally came after a mostly stagnant past week, but extends the overall optimism investors have been exhibiting since June, when Federal Reserve Chairman Powell signaled the Fed would come to the market’s aid if necessary.

Individual stocks helped out as well, as the Dow Jones Industrial Average climbed 363 points while Apple and Boeing outperformed. The S&P 500 added 1.2% while the Nasdaq Composite advanced 1.8%. The S&P 500 also traded about 1% from its all-time intraday high of 2,954.13, which was reached May 1. Currently markets have retreated a bit from their earlier highs.

President Trump stated in a tweet he “had a very good telephone conversation ” with Xi, adding: “We will be having an extended meeting next week at the G-20 in Japan. Our respective teams will begin talks prior to our meeting.” The G-20 summit will commence on June 28.

Not long after the president’s tweet, China’s state broadcaster CCTV corroborated the phone call between the two leaders. During their conversation, according to CCTV, President Xi said that the bilateral relationship recently has “encountered some difficulties, which is not in the interest of either side” and stated that he was open to meeting with Mr. Trump at the G-20 summit, to be held in Osaka, Japan. In addition, in an allusion to the U.S.’s actions against Huawei, Mr. Xi told Mr. Trump that “we also hope that the U.S. will treat Chinese companies fairly,” as reported by CCTV.

“Certainly, there’s ground for optimism,” said Michael Geraghty, equity strategist at Cornerstone Capital Group. “However, we have to remember there have been a lot of negotiations between China and the U.S. where they seem to be close to a deal and then things fell apart.”

The Fed meeting Wednesday is also generating a significant amount of anticipation for investors. Many analysts look for a powerful statement from the chairman to continue the rally in stocks and ease investor’s minds about the future.

“Short of easing tomorrow (about 20% priced in), Powell needs to send a strong enough message to the market” that rate cuts are coming, Gregory Faranello, head of U.S. rates at Amerivet Securities, said in a note. “I do feel, though, the Fed needs to take back some control here. We have gone from the market chasing the Fed (4 hikes) to the Fed chasing the market (3 cuts) in a very short period of time.”