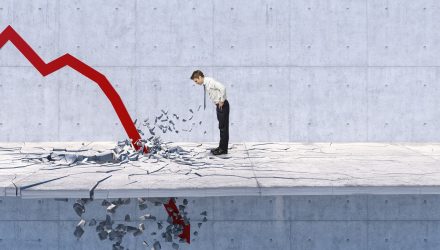 The U.S. stock market indices trading are back near their lows again after attempting to stage a comeback following the extremely weak June open, which trailed the worst May performance since 2012. The Dow slumped below 25,000 points to a four-month low on Friday. The Dow and S&P 500 each lost nearly 7% in May, their first losing months since December. The Nasdaq tumbled 8% on the month, its worst performance since May 2010.

China retaliated on Friday with new tariffs on American imports after the Trump administration elevated tariffs on Chinese goods. Also on Friday, President Donald Trump announced the United States would remove India from a special trade program. Investors are also still trying to assess how fresh tariffs on Mexico might materially affect American businesses and the economy.

Trump’s threat to inflict escalating tariffs on Mexico, one of America’s most significant and important trading partners, heightened concerns about stagnating economic growth. The United States imported $346 billion of products from Mexico last year, including everything from auto parts and avocados to beer and televisions. Automakers, including Fiat Chrysler (FCAU), General Motors (GM) and Ford (F), rely on Mexico as a vital part of their supply chain.

Sixty percent of market economists are now factoring in a recession by 2020, and most economists have warned that large and sustained tariff increases, along with likely retaliation against American farmers and other exporters, will cripple global trade and encumber growth in the United States.