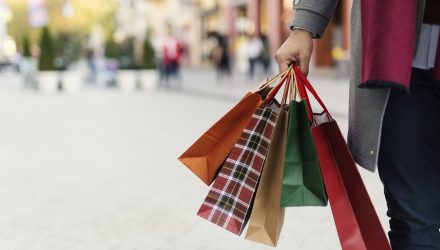 Macy’s stock has fallen sharply after the department store chain reported horrendous second quarter earnings, painting an even starker picture for sector, which has struggled in 2019.

The growth of e-commerce companies, such as Amazon, has hit the mammoth retail stores in recently and the escalating trade war between the U.S. and China has also made deteriorated earnings for the industry this year. Macy’s, J.C. Penney and Nordstrom are all down more than 30% in 2019.

“We know mall traffic is deteriorating every quarter, every year for about 10 years now, and there’s no sign of it letting up. So it’s really a hard place to fight the battle,” said Jan Kniffen of J Rogers Kniffen on CNBC.

According to Kniffin, there is nothing significant that Macy’s is doing incorrectly; it’s just a tough environment to succeed in right now.

“Macy’s is doing all the right things in the number still wasn’t good, right? They’re closing on productive stores. They’re adding in lease departments. They’re putting in off-price in their stores. They’re doing a great job of drawing online. Their mobile is growing phenomenally. So yes they are doing all the right things. The bad news is they are in the mall, and malls are doing poorly. So it’s really hard to look at… everything is what they should be doing and that the number still wasn’t good,” Kniffen explained.

“The number on the bottom line was poor because they really had to take a hit on the gross margin line. You did the right thing there to like Macy’s always does. They said we’ve got a problem and we’re gonna get rid of it. We’re going to the fall clean. So I feel great about all of that. The real question is, if a company like Macy’s does all the right things, like you said, can it ever get better? So do I think they’ll be the winner in their space, that they’ll be the only regional department store left in the moderate middle space? Yes I believe that. But it still going to be a very tough environment to make a return on investment,” he added.

The SPDR S&P Retail ETF (XRT), which contains many of the top retail stocks, is down 4% today.