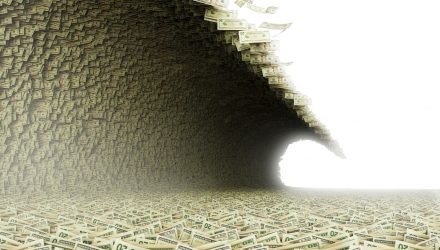 Deal or no trade deal, investor capital kept flowing into long-term funds, which posted their strongest month since January 2018 according to Morningstar, a leading provider of independent investment research, who reported on Monday the latest estimated U.S. mutual fund and exchange-traded fund (ETF) flows for November 2019.

Looking at the big picture, U.S. equity funds totaled $2.9 billion in outflows, which was modest in comparison to October’s $14.5 billion in outflows. Morningstar estimates net flow for mutual funds by computing the change in assets not explained by the performance of the fund, and net flow for U.S. ETFs using changes in shares outstanding.

Morningstar’s report about U.S. fund flows for November is available here. Highlights from the report include: 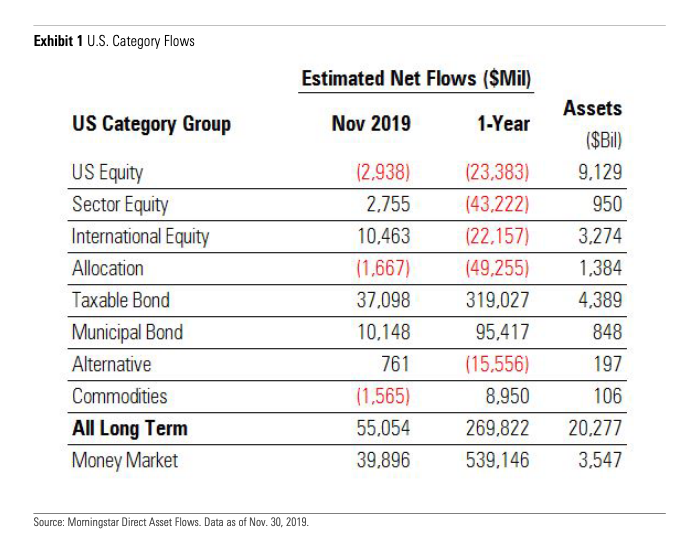 As noted in the chart above, fixed income funds continue to exhibit strong inflows even with a renewed risk-on sentiment stemming from a recent “phase one” U.S.-China trade deal. Specifically, taxable-bond and municipal bond funds saw a sustained influx of investor capital.

“As usual, taxable-bond and municipal-bond funds led the way with $37.1 billion and $10.1 billion of inflows, respectively,” the report noted. “Perhaps in response to lower money market yields, short-term bond funds–taxable and municipal–had their strongest inflows for the year to date. In fact, for taxable short-term bond funds, the $5.7 billion in inflows was their best haul since March 2013. The $1.6 billion for short-term municipal-bond funds was that group’s best showing since it collected $1.7 billion in December 2018.”