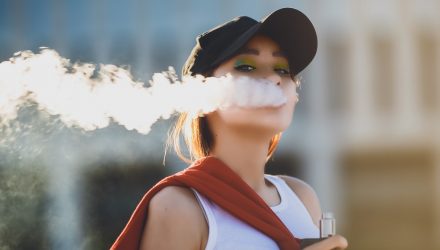 With the Trump administration stating it will remove all flavored e-cigarettes from the market amid a surge in teen use and recent deaths and vape-linked illnesses, local and state governments are tightening restrictions and in some cases, banning e-cigarettes outright, generating ongoing problems for companies like Juul.

Juul is facing increasing litigation – it is the subject of several investigations, including one from a House panel that Rep. Raja Krishnamoorthi is spearheading. The committee grilled Gould, one of the executives being removed, about Juul’s youth outreach program that sent company representatives into schools.

Now Juul is cutting back on staff as well. Juul CEO K.C. Crosthwaite swapped the chief financial officer amid a management shakeup at the crenelated e-cigarette company, according to people familiar with the matter.

“A few individuals who have asked to transition out of the company. I want to make sure to specifically thank each of them,” Crosthwaite, a former Altria executive, said in an email sent to employees Monday.

Juul appointed Guy Cartwright as its new CFO, and has eliminated several other key positions in the company. Cartwright joined Juul in July as an executive transformation and operations officer, according to his LinkedIn profile.

“Over the past 3 months, Guy has been instrumental in helping us define our financial priorities and identify opportunities for efficiency,” a company spokesman said in a statement.

In all, Juul Labs Inc. plans to slash roughly 500 jobs by the end of the year, according to people familiar with the matter, reversing the embattled e-cigarette maker’s rapid staff growth as the company braces for a proposed ban on flavors that make up more than 80% of its U.S. sales.

The e-cigarette market is undergoing “a necessary reset,” CEO K.C. Crosthwaite said in a statement Monday, according to the Journal. Juul’s focus, he said, is on “earning a license to operate in the U.S. and around the world.”

Investors who are concerned about the effects of vaping and tobacco in general could consider healthcare ETFs like the Fidelity MSCI Health Care ETF (FHLC) or the Vanguard Health Care ETF (VHT), while those who would like to invest in advancing tobacco and CBD technology trends could consider the Consumer Staples Select Sector SPDR Fund (XLP) or the iShares Global Consumer Staples ETF (KXI).