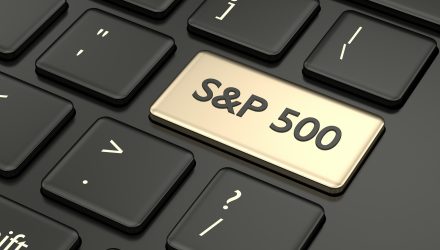 The S&P 500 is creeping towards record trading numbers, but CNBC’s “Mad Money” host Jim Cramer says investors should take caution on the way up in order to keep from getting too badly burned on the way down.

Cramer referenced a technical chart from DeCarley Trading—co-founded by Carley Garner. Garner’s study shows that a pullback in the S&P 500 could be up ahead as investors living in the now are still digesting third-quarter earnings results, which have helped boost major indexes higher.

Per a CNBC report, the S&P 500 “can rally in the short term, but the longer it runs the more negative impact it will have on the Relative Strength Index momentum indicator, Cramer said, explaining Garner’s thinking. The RSI oscillator, which measures price changes in stocks, will risk shifting into overbought territory and sending the market back down, the host said.”

“The charts, as interpreted by Carley Garner, suggest that the averages could keep climbing for the next few weeks, but after that she thinks we’re in real trouble and she recommends using any of the strength we’re about to get to ring the register,” said Cramer.

“It never hurts to be a little cautious as we keep climbing,” he added. “I think there’s more to the bull market than Garner gives it credit for. Still, we need her perspective — she’s been right on a lot of things — because now if things do start rolling over, you’ll understand what the technicals say about the possible downside in front of us.”

For traders, playing the ups and downs of the S&P 500 is accomplished through the SPDR S&P 500 ETF (NYSEArca: SPY). Being the biggest ETF, it also allows for high liquidity so investors are never hard pressed for volume when looking to buy or sell SPY.

For traders, it means they can get in and out with ease.

“When you see that happening, SPY is going to trade at very high volumes,” said Jim Ross, executive vice president of State Street Global Advisors (SSGA) and Chairman of the global SPDR business. “Investors use SPY to get in and out of the markets all day long during volatile markets, and it’s the most heavily-traded equities security in the world–it trades three times more than Apple.”

SPY doesn’t merely lend itself to the fly-by-night trader who feeds off the adrenaline rush of getting in and out of securities with requisite speed. It’s also flush with investors who are in it for the long haul–the buy-and-hold investor who values SPY for its liquidity in the markets, among other things.

“There are long-term buy and hold shareholders in SPY,” added Ross. “They’ve been there for a very long time, they trust the liquidity profile, they trust the market resiliency of SPY, and the consistency of the spread.”