You are at:Home»Equity ETF Channel»Iran Threatens Nuclear Enrichment Over Sanctions 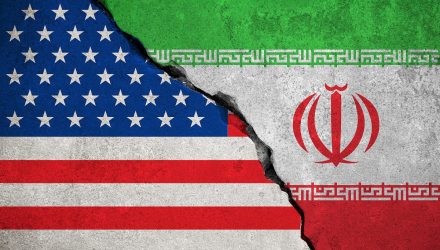 In the most recent confrontation between the U.S. and Iran over sanctions that the White House has issued against the Iran, President Hassan Rouhani announced that after July 7 Iran would enrich uranium beyond a fissile purity of 3.67%, which is the maximum allowed by the deal and a level which is considered acceptable for electricity generation.

Rouhani stated that if the other signatories do not protect trade with Iran promised under the deal but blocked by Trump’s establishment of forceful sanctions, Iran would start to revive its Arak heavy-water reactor after July 7, which in January 2016 had to be removed the core of the reactor and filled with cement, as required by the accord, Iran said

“From (July 7) onward with the Arak reactor, if you don’t operate (according to) the programme and time frame of all the commitments you’ve given us, we will return the Arak reactor to its previous condition,” said Rouhani.

Experts said Iran has no legitimate use for uranium enriched beyond the level permitted by the deal, and inn response to the threat, President Trump issued his own warning on Twitter.

Iran has just issued a New Warning. Rouhani says that they will Enrich Uranium to “any amount we want” if there is no new Nuclear Deal. Be careful with the threats, Iran. They can come back to bite you like nobody has been bitten before!

The two nations have been at odds recently over a number of events which have created increased tensions, including an alleged drone fiasco and tanker attack. Rather than resort to war, however, President Trump elected to punish Iran with more sanctions.

“We do not seek conflict with Iran or any other country,” Trump said when signing the sanctions against Iran. “I can only tell you we cannot ever let Iran have a nuclear weapon,” he added.