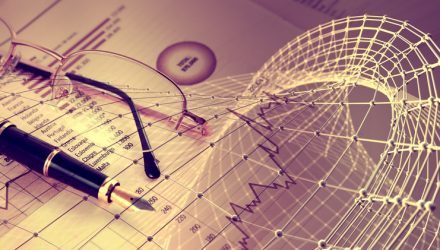 How You Can Buy the Same Stocks as Elite Hedge Funds

I’m sure you’ve heard of hedge funds, maybe on shows like Billions or in movies like The Big Short.

Hedge funds are a special type of investment company. They pool money from many investors and use complex strategies to invest, often aggressively.

Most people can’t invest in hedge funds—only high-net-worth individuals and institutional investors. So it seems like every time you read about these funds, there’s some really rich guy in the story, flying around on private jets, making splashy deals.

But those popular images are largely a myth.

The ho-hum performance of the average hedge fund simply doesn’t back it up. In fact, over the last five years, you could have beaten 9 out of 10 hedge funds by just buying the S&P 500.

Since 2014, the Barclay Hedge Fund Index has returned 3.4% annually, barely beating US government bonds. And it severely lagged behind the S&P 500, which has grown 10.7% annually during that period.

If you look back 10 years, it’s the same story: 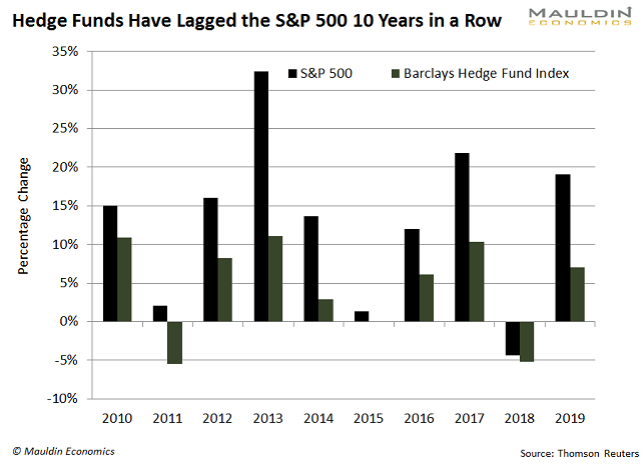 That said, a small group of elite hedge funds absolutely crush the market, earning annual returns in the neighborhood of 15% to 20%.

Even better, you can buy some of the same stocks they do (without taking on huge risks inappropriate for income investors).

The Best Funds Aren’t the Ones You’ve Heard Of

Some of the best-known hedge funds, like Ray Dalio’s Bridgewater Associates, manage over a hundred billion in assets. But over the past five years, these mega-funds have underperformed both the S&P 500 and their smaller competitors.

Take Crawford Lake Capital Management, for example. This small, elite fund manages $1 billion in assets. Since 2014, its returned more than 14.1% per year, significantly outperforming the S&P 500 (10.7%).

Tiger Global Management is another top-tier hedge fund. It manages $36 billion in assets, and it’s returned 22.3% annually over the last three years.