You are at:Home»Equity ETF Channel»How to Cash In on “GameStop Populism” 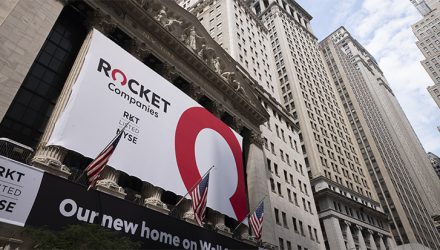 How to Cash In on “GameStop Populism”

While brokers scrambled to impose trading limits on GME, these traders moved on to bid up AMC Entertainment (AMC), along with silver and biotech stocks.

This led to all kinds of broker outages, trading halts, and a call for the CEO of young people’s favorite brokerage Robinhood to testify before Congress.

Make no mistake: This was a coordinated strike.

And the next one could happen any day now.

Why Wall Street Was So Worried

Big-money traders who were short the stock found themselves “squeezed.” And the pain was about to be too much.

Short squeezes happen when lots of investors are short a stock. When that stock starts to rise, short sellers are forced to cover their position.

That means buying the stock at whatever the current market price is… even if it’s 600% higher than it was a week earlier.

With new investors buying GameStop as it was rising and short sellers buying shares to cover their short positions, a buying frenzy ensued.

Everyone loves a good financial fable where the little guy wins—even when Wall Street tries its best to stop him.

Here’s how he will win again… and how you can join him.

A Primer on GameStop Populism

GameStop is a dinosaur of the video game era.

These investors viewed the addition of former pet food e-commerce CEO Ryan Cohen to GameStop’s board as a sign that the company could soon make a turnaround.

If Mr. Cohen could figure out how to sell pet food online, they reasoned, then why not video games?

This is a classic “deep value” approach to investing that investors like Warren Buffett and Benjamin Graham have used for years.

While GameStop represented a value play to these retail investors, they were also enticed by the giant short position against the stock.

And that’s where their fun really began.

Why Reddit’s “WallStreetBets” Bet on GameStop

GameStop has a choice right now.

It can keep losing business to online game providers…

Or it can disrupt itself like Netflix (NFLX) did in 2007. That’s when it turned its mail-based DVD rental business into the streaming sensation it is today.

Time will tell whether GameStop makes that choice… and if it can keep disrupting itself like Netflix does by producing original content.

One thing we do know now is that, before last week’s fireworks, GameStop was the most shorted stock in the market. You can measure this by looking at a metric called “short interest as a percentage of float.”

Right now, GameStop has a short interest as a percentage of float of 113%.

That means there are more shares sold short than total shares issued by GameStop!

This dynamic, coupled with an improving outlook, made GameStop the perfect short squeeze target.

Everyone wants to buy unloved companies that are ripe for a turnaround.

Personally, I wouldn’t have bought GameStop.

But investors have the right to wager on whether or not a company can pivot its business and grow earnings (and their stock price).

A potential short squeeze only adds to the allure.

If investors start to pile into the stock and drive up its price, investors shorting the stock (often large hedge funds) are forced to buy back the stock at a loss.

The long-short hedge fund has borne the brunt of GameStop Populism. The formerly five-star fund run by the protégé of Steve Cohen lost more than 50% of its value in January 2021.

In total, Melvin Capital and others have lost a total of $19 billion shorting GameStop.

The boy and his mom plan to put $2,200 in his bank account and reinvest the rest.

I have three ideas on where they can start…

There are three key factors in the GameStop Populism approach.

One company that fits this mold is Rocket Companies (RKT).

Rocket is a pioneer in the mortgage lending business, holding a 10% market share. But since its 2020 IPO, this app-based lender’s stock has moved sideways. At the same time, short interest as a percentage of float has risen to 36%.

With triple-digit sales growth and a large total addressable market in the mortgage industry, RKT’s outlook is solid. And if shares start to rise rapidly, we could see yet another short squeeze unfold.

By improving price transparency and finding pharmacies with the best prices, GDRX is attempting to disrupt the legacy healthcare model.

Sales grew more than 50% over the last three years. And with a total addressable market of $300 billion, the company has a long runway for growth.

Add given that GDRX has a short interest as a percentage of float of 31%, the company could be the next beneficiary of GameStop populism.

Lastly, we have PetMed Express (PETS).

PETS is a leading, nationwide pet pharmacy based in Delray Beach, Fla. The company markets over 3,000 prescription and non-prescription medications for dogs and cats directly to consumers.

While Rocket and GoodRx are in higher-growth markets, PETS offers an income advantage with its hefty 3.8% dividend yield. It also has a low payout ratio of 73%, which tells me the dividend yield is safe. The company also has a short interest as a percentage of float of 32.5%, meaning it could benefit from a massive short squeeze.

These are all solid stocks that should go higher without a coordinated buying frenzy. For more stocks like these—that also come with specific buying instructions and timely profit-taking alerts—click here.