You are at:Home»Equity ETF Channel»Emerging Markets Poised to Bounce Back in 2021 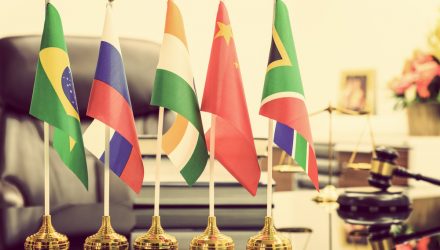 Emerging Markets Poised to Bounce Back in 2021

It’s been a tough decade to be an emerging-markets investor, as this sector has underperformed the S&P 500 since 2010.

But market watchers say after 10 years of lagging the U.S., emerging markets may finally be ready for prime time as valuations and a rebounding global economy could help the sector.

Marcelo Carvalho, head of global emerging market research at BNP Paribas, says although emerging markets still face several risks in the coming months, 2021 could be “a sweet spot” for these countries.

BNP Paribas, along with several other economic forecasters, say much of their 2021 outlook is based on effective and safe vaccines. So far several companies, including Pfizer, Moderna and AstraZeneca have announced 90%-plus efficacy in late-stage vaccine trials. It’s a sentiment that’s lifting all markets, including emerging markets, says Pat O’Hare, chief market analyst at Briefing.com.

“There’s welling up of expectations that you’re going to get approved Covid vaccines and increased adoption rate of people taking that vaccine, and that gradually, if not suddenly, getting a sense that you’re returning to normal at some point in 2021,” O’Hare says.

So if there’s a problem with vaccine rollout or other issues once vaccines are distributed widely, that will change the economic scenario. Additionally, BNP Paribas cautions that a global economic rebound will occur unevenly over time and across regions, and that there will be some permanent economic damage from the pandemic. Still, Carvalho says, they expect interest rates and inflation to be low globally, which underpins a recovery.

O’Hare concurs and points out that emerging-market consumers continue to see higher standards of living and increased spending power. Their spending could contribute to a rebounding global economy, O’Hare notes.

China, Korea Poised to do Well

The countries that have rebounded from the coronavirus or managed to keep cases under control are leading the way for emerging markets, among them China and South Korea. Carvalho notes that China has already surpassed its pre-crisis GDP level.

“Investors in those strategies will have healthy exposure to those countries,” he says.

“It’s another ETF worth paying close attention to,” he says, noting the No. 1 and 2 holdings are Tencent Holdings and Alibaba Group Holding.

Other Emerging Markets to Consider

O’Hare says India would benefit greatly from a safe and effective vaccine. The country was hit hard by the virus and is starting to get back on its feet. “It’s one of those scenarios where things fell so much that … positive surprises will probably be more fruitful,” O’Hare says.

One niche Indian ETF is Columbia India Consumer (INCO), with 70% of its holdings in the consumer cyclical sector. Investors looking for sector diversification can also look to iShares MSCI India Small-Cap ETF (SMIN).

On the idea of economies bouncing back, O’Hare says Mexico would benefit from the U.S. economy rebounding, since Mexico is one of the U.S.’s largest trading partners. “One might see Mexico in a more favorable light from the standpoint that under a Biden administration, you’re probably going to see less-contentious trade matters and foreign-policy dealings which could be an underpinning factor,” he says.

iShares MSCI Mexico ETF (EWW) has by far the largest assets under management of the available ETFs focused on the U.S.’s southern neighbor.

Rosenbluth says CFRA recently upgraded their view on energy and materials to neutral, and says Russia is heavily weighted to that sector. The biggest Russian ETF by AUM is VanEck Vectors Russia ETF (RSX), which has more than 50% of its holdings devoted to those two sectors.

Russia’s macro fundamentals are strong, but the risks are oil prices and U.S. sanctions, Carvalho says.

Brian Jass, advisor, Great Waters Financial, says he prefers to take a broader view of emerging markets, rather than try to cherry pick regions. Instead, he’s focusing on the gap between value and growth.

“It is interesting to note that like with domestic stocks, EM value has massively underperformed EM growth so if there are ways to focus or invest in more EM value-based funds that could present great upside,” he says.

“Investing in EM debt, although riskier than maybe that of the U.S., can carry higher yields so it is nice to have some exposure to this,” Jass says.

Carvalho says tourism in emerging markets will continue to suffer, and it could have wide-ranging impacts, including exacerbating inequality which may lead to more social unrest.

Investors also need to be mindful of the U.S.-China relationship once President-elect Joe Biden takes office. “Tensions with China might soften under a Biden-led U.S. administration, but would be unlikely to disappear,” he says.

He expects the overall trade backdrop with China to improve, especially on areas such as climate change, but Carvalho says the U.S. will still likely to see China as a strategic competitor.

“U.S.-China relations are perhaps the biggest ‘known unknown’ for a potential global risk-off scenario in 2021 and beyond,” he says.