You are at:Home»Equity ETF Channel»Worst Day In 4 Months: Dow Closes Down More Than 470 Points 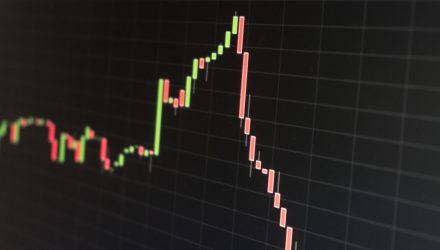 Worst Day In 4 Months: Dow Closes Down More Than 470 Points

U.S. markets fell by as much as 3% on Tuesday, as volatility spiked over U.S. and China trade concerns and tweets by President Donald Trump this week.

The market did recover some toward the close, based on news of China confirming that its top negotiator, Vice Premier Liu He, would travel to the US this week to continue trade talks, according to Bloomberg. Although negotiations with Chinese officials in Washington, including Liu He, are set to take place this week, investors say the latest development on trade establishes a fresh dose of uncertainty into the market, as evidenced by the VIX spiking above 20 today.

“Amid such highly sensitive market conditions, volatility is expected to be the order of the day,” said Han Tan, a market analyst at FXTM. Another batch of tariffs, he said, could “trigger another selloff in riskier assets, as investors try and anticipate what higher barriers to trade may do for the already moderating global growth outlook.”

“What has become clear is that there is still a lot of work to be done before a trade deal between the world’s two largest economies is achieved,” said Jasper Lawler, the head of research at London Capital Group, according to Business Insider.

“That doesn’t mean it’s impossible, just that it could take longer than the two sides were initially letting on and the market was pricing in,” he added.

The recent back and forth of the markets, coupled with tweets from President Trump, fears of failed trade negotiations with China, and the well-known “sell in may and go away” effect has investors rattled and volatility rapidly spiking.

“One cannot but sense that Mr. Trump is playing us a little,” said Neil Wilson, the chief market analyst for Markets.com. “He may well be making a deal seem further away in order to make the achievement seem all the more impressive when it comes.”