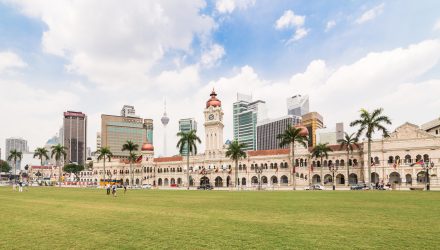 U.S. President Donald Trump’s tweeting may have just paved the way for investors to purchase China-focused exchange-traded funds (ETFs) at a relative discount. As these ETFs continue to get roiled in the latest trade talk news, it gives investors the opportunity to buy in at a cheap price.

“The United States disregards the facts and unreasonably affixes China with the label of ‘currency manipulators,’ which is a behavior that harms others and oneself,” the People’s Bank of China said in a statement on Tuesday. “The Chinese side firmly opposes this.”