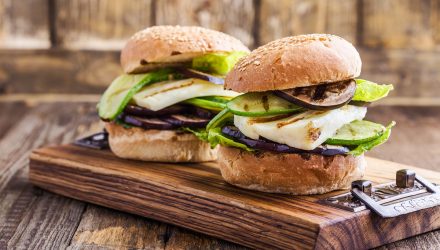 Could Beyond Meat Be Getting Overcooked

Beyond Meat is seeing a huge reversal since Tuesday, with the stock rallying to over $200 per share before falling off nearly $40 a share.

Since going public in early May, the stock has raced nearly 600% higher, taking its market cap above $10 billion. The plant-based meat company is now larger than 80 S&P 500 companies, including Macy’s, Xerox and Mylan.

BYND isn’t the only IPO with massive market traction however. Other IPO’s like Zoom Video, Revolve Group and PagerDuty have ramped up aggressively, causing some analysts concern.

“There’s no question there is froth in the IPO market and that could continue for a while. But there are reasons to be concerned,” said Matt Maley, a Miller Tabak equity strategist on CNBC’s “Trading Nation ” on Tuesday. “The number of stocks that were unprofitable in the 12 months leading up to their IPO is back to levels that we saw back in the bubble of 2000.”

The danger, according to analysts, is that despite these monstrous gains, the companies have yet to show profits. The Renaissance IPO ETF (IPO) tracks these changes, and has shown huge growth as a result, as Maley explains.

“Also, the IPO ETF has outperformed the S&P by quite a bit over the last few years. It’s up over 100% since early 2016, which is up almost twice as much as the S&P,” said Maley.

Maley, like others, is also concerned about the reasons why the IPO’s are happening now.

“But, the thing that concerns me the most is that a lot of these companies are not brand-new companies like they were back in the last bubble. They’re companies that have been around for quite a while, and when smart people sell their company or take them public it’s usually a sign of a top,” said Maley.

“I worry about valuation,” Tengler said during the same “Trading Nation” segment. “At some point, enthusiasm will wane [for Beyond]and this will be valued just like any other food company, and it is trading at an exponential multiple to sales compared to the rest of the groups. So, I’m wary.”