Celebrating 25 Years of the S&P SmallCap 600 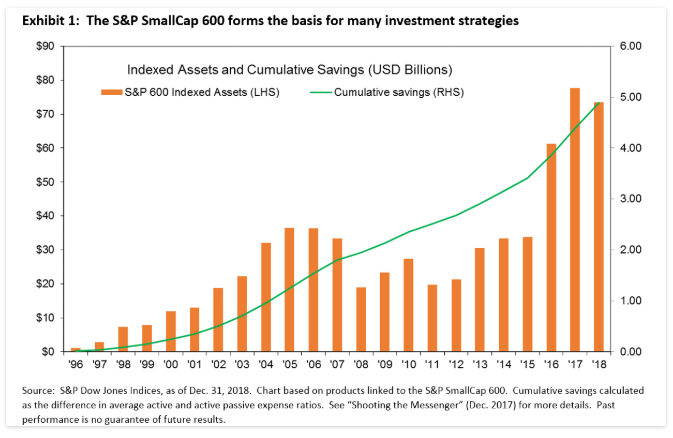 One of the principal reasons for the growing popularity and awareness of the S&P SmallCap 600 has been its historical performance.  Index construction matters in U.S. small-caps: the S&P 600’s profitability criterion gives it a quality bias, which helped it to consistently outperform other small cap indices such as the Russell 2000 and made it a harder benchmark to outperform for active managers.

More recently, for those seeking to take shelter from the trade winds buffeting the blue-chip, internationally diversified names leading the S&P 500, small-cap stocks can offer a safe harbor or simply purer exposure to the U.S. economy.  Smaller stocks typically have a higher proportion of their revenues generated in home markets, and the S&P SmallCap 600 has a strong domestic bias compared to the S&P 500.  The performance of the small-cap index over the last 12 months illustrates its close connections to the U.S. economic outlook.

After concerns over U.S. economic growth and future Fed policy weighed on the S&P SmallCap 600 towards the end of 2018, higher domestic revenue exposure provided a degree of insulation from the tariffs, which, in turn, helped the index to post its best-ever start to the year (+15.45% through the end of February). The index has since been tested by periodic bouts of uncertainty centering around the health of the U.S. economy, comments by Jerome Powell, and actions by the Federal Reserve. 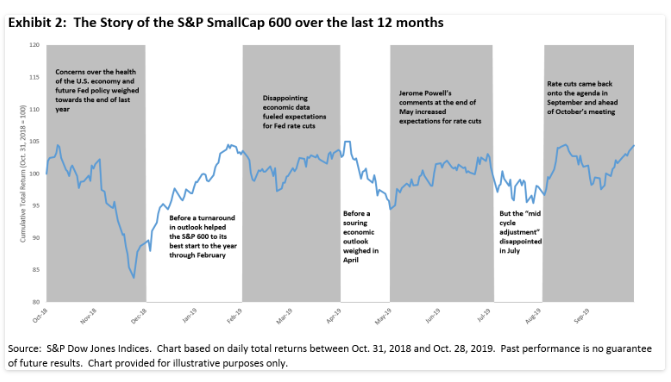 Since it launched on October 28, 1994, the S&P SmallCap 600 has become a popular way to access the small-cap equity space. Its outperformance over other small cap indices is a testament to the fact that index construction matters in small cap equities. Here’s to another 25 years!