You are at:Home»Equity ETF Channel»Capital One Data Breach Puts Consumer Info Up For Grabs 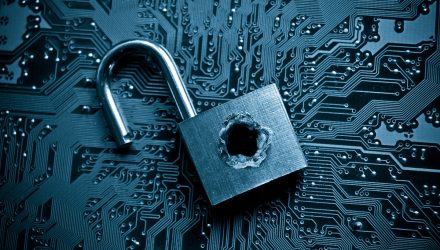 Capital One Data Breach Puts Consumer Info Up For Grabs

It’s one of our worst nightmares: a big bank data breach. Personal information is hijacked without the slightest indication, and before we know it, we find ourselves under a mountain of debt, bereft of cash, and with our homes and personal effects exposed and vulnerable.

The hacker is accused of breaking into a Capital One server and gaining access to 140,000 Social Security numbers, 1 million Canadian Social Insurance numbers and 80,000 bank account numbers, in addition to an classified quantity of people’s names, addresses, credit scores, credit limits, balances, and other information, according to the bank and the US Department of Justice.

The company said Monday night it discovered the breach on July 19, Capital One Financial shares fell 6.1% Tuesday, a day after the disclosure of a data breach that impacted about 100 million individuals in the U.S.

“Based on our analysis to date, this event affected approximately 100 million individuals in the United States,” Capital One said, but noted that credit card numbers and log-in credentials were not affected. Overall, the breach could cost Capital One between $100 million and $150 million in 2019, the bank said.

“This headline is not good one for Capital One,” explained RBC Capital Markets analyst Jon Arfstrom in a note to clients. “We worry about longer term reputational damage and also the potential for political and regulatory actions, including penalties.”

The FBI arrested Paige A. Thompson of Seattle, implicating her in computer fraud and abuse. The FBI stated in court documents that Thompson was investigated for “exfiltrating and stealing information, including credit card applications and other documents, from Capital One.”

Capital One shifted the blame toward host Amazon, stating that the breach was possible because of a “specific configuration vulnerability in our infrastructure.” The bank’s web services are principally hosted by Amazon Web Services, Thompson’s former employer.

Amazon Web Services said in a statement it was not compromised by the breach, although Amazon shares slipped 0.5% on the implication.

CIBR seeks investment results that correspond generally to the price and yield (before the Funds fees and expenses) of an equity index called the Nasdaq CTA Cybersecurity Index, which is designed to track the performance of companies engaged in the Cybersecurity segment of the technology and industrial sectors. The Index includes companies primarily involved in the building, implementation and management of security protocols applied to private and public networks, computers and mobile devices in order to provide protection of the integrity of data and network operations.