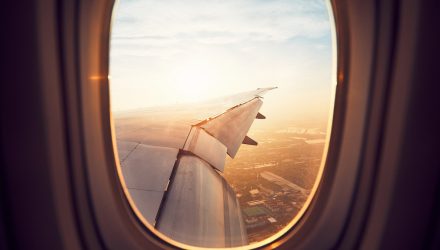 On Thursday, Boeing announced it will take a $4.9 billion charge in the second quarter due to the worldwide grounding of its 737 Max planes after two fatal crashes that killed 346 people.

The debit, which amounts to $8.74 a share, is planned to wipe out existing profits. Analysts prognosticated that the company would book a profit of $1.80 per share for the second quarter, according to average estimates compiled by Refinitiv. However, the deficit would reduce revenue and pre-tax earnings by $5.6 billion in the quarter, Boeing said.

The charge is due to concessions and considerations that Boeing says they will be making to crash victims over next several years.

The 737 Max jets have been grounded since mid-March and regulators have not said when they expect to allow the planes to fly again, although recently they hinted at sometime later this year as a possibility.

Despite the charge, the 737 Max is Boeing’s bestselling jet, and it has a stockpile of nearly 5,000 of the planes on order. It has persisted in building the jets since the grounding, although at a diminished rate, as demand has slowed. The jet company has not made any deliveries however, and it also has not reported any sales of the 737 Max since the groundings either.

The March crash of Ethiopian Airlines Flight 302 created concerns over Boeing’s shortcomings in having designed an automated flight system that circumvented the actions of the flight crew. But it also generated questions about pilot experience, as whether mistakes were made in the cockpit and whether foreign airlines demand that pilots to have sufficient training.

Boeing shares rose 2% in post-market trading after the manufacturer disclosed the charge, and Boeing is set to report full second-quarter results and hold a call with analysts on Wednesday.

The aerospace industry is a large and rapidly changing space, but investors looking to participate in changes in Boeing and other aerospace enterprises have a variety of ETFs to choose from. For investors looking for a concentrated stake in Boeing, the iShares U.S. Aerospace & Defense ETF (ITA) has an 18% weighting in the company. The SPDR Dow Jones Industrial Average ETF (DIA) has a more balanced blend of equities, while still boasting a 9% stake in Boeing. Finally, the Invesco Aerospace & Defense ETF (PPA) offers investors a 6% stake in the aerospace company.