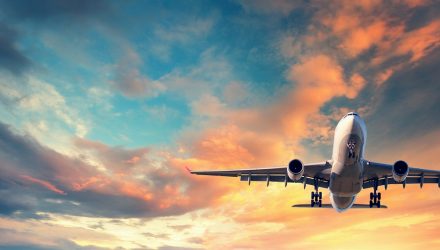 Boeing (BA) Stock Gets A Boost

Aerospace giant Boeing received some great news for its problematic 737 Max on Tuesday, when International Airlines Group broadcast plans to buy 200 of the jets. The group announced a letter of intent on the purchase of the jets at the Paris Air Show. Boeing is up more than 4% Tuesday.

Although IAG does use wide-body jets from Boeing, the purchase is a major shift for IAG, which now almost exclusively utilizes the A320 family aircraft from rival Airbus (EADSF) for its single-aisle jets.

“We have every confidence in Boeing and expect that the aircraft will make a successful return to service in the coming months having received approval from the regulators,” said Willie Walsh, CEO of IAG.

Boeing 737 Max jets were grounded in mid-March following the fatal crashes in Ethiopia and Indonesia. Boeing has been operating to create a repair to the automatic safety feature that is the focus of crash investigations. As of yet, there is no time frame for the 737 Max’s return to service.

Still, the 737 Max is Boeing’s bestselling jet, and it has a stockpile of nearly 5,000 of the planes on order. It has persisted in building the jets since the grounding, although at a diminished rate, as demand has slowed. The jet company has not made any deliveries however, and it also has not reported any sales of the 737 Max since the groundings either.

“We are truly honored and humbled by the leadership at International Airlines Group for placing their trust and confidence in the 737 Max and, ultimately, in the people of Boeing,” said Kevin McAllister, CEO of the company’s commercial planes unit.

The aerospace industry is a large and rapidly changing space, but investors looking to participate in changes in Boeing and other aerospace enterprises have a variety of ETFs to choose from. For investors looking for a concentrated stake in Boeing, the iShares U.S. Aerospace & Defense ETF (ITA) has an 18% weighting in the company. The SPDR Dow Jones Industrial Average ETF (DIA) has a more balanced blend of equities, while still boasting a 9% stake in Boeing. Finally, the Invesco Aerospace & Defense ETF (PPA) offers investors a 6% stake in the aerospace company.