You are at:Home»Equity ETF Channel»Blue Bottle Coffee’s Rise To Stardom 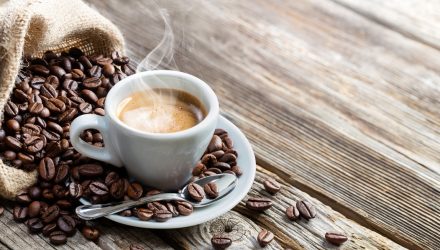 Ian Young July 29, 2019
“I’ve only wanted to do two things and that’s play the clarinet and be in coffee,” said James Freeman, Blue Bottle’s founder.
Freeman was trying to make it for nearly 8 years as a classical musician, playing with regional orchestras throughout California. Eventually he shifted his focus to roasting coffee, an unlikely hobby, but one that offered contentment.
“In my career as a clarinetist there were moments of satisfaction. But they tended to be few and far between. I was very unhappy, very miserable. I could not be in music another moment. So that kind of misery I think can be a very motivating influence,” he explained.
Freeman was dedicated to the idea, much like hobbyist micro-brewers are in the beer industry, that fresh brewed coffee was a treasure to unearthed.
“At the time there literally was not a place in San Francisco where one could go to get a bag of coffee with the roast date stamped on the back. So that seem very compelling to me. This idea of coffee being fresh,” Freeman added.
He views the evolution of modern coffee taking place in three stages: canned coffee, the most primitive, followed by influential roasters like Peet’s and Starbucks, who tend to gravitate toward darker roasts and less expression, and finally the third wave of coffee, of which Blue Bottle is a part, which emphasizes a lighter roast and is typically enjoyed by the producers who make it.
Racking up nearly $15,000 in debt to start his home based operation, Freeman spent two years selling his coffee at farmers markets around San Francisco and Oakland, slowly building a dedicated following. Then in 2004 things took off.
“I remember being at the farmers market this Saturday that the food show was in town. A pretty crushing line. Thirty, forty people in line. I looked up and saw all these people in line. Just word had gotten out somehow. Just feeling, wow something happened,” he recalls.
Today there are more than 80 Blue Bottle Coffee locations around the world. While their approach is much more labor-intensive and customized then say Starbucks, few can argue with Blue Bottle’s $700 million valuation.
Despite its ups and downs, Blue Bottle Coffee plans to stay true to its original formula and reinvest in markets that show the most promise for the future.
For more trending news articles, visit our Trending category.