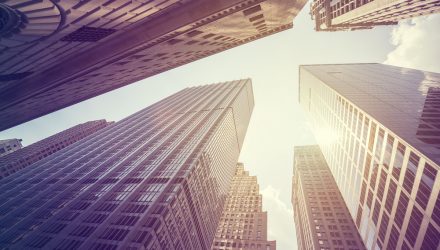 Using the Russell 2000 as the starting universe, the underlying index screens holdings based on their liquidity, volatility, leverage, and research analyst sentiment. The securities are then ranked by a weighted composite score, made up of three value metrics, and the top 250 securities are equally weighted.

“Designed to answer client needs, the launch of SVAL arrives amid the recent surge in demand for small-cap and value stocks as investors reposition their portfolios for a reopening of the economy post-COVID-19. Flows point to a gravitation toward pro-cyclical securities and value and small-size factors, which have historically outperformed during market recoveries,” said Bob Hum, U.S. Head of Factor ETFs for Blackrock.

Since the end of 2018, the assets under management (AUM) of the small-cap ETF universe has grown by over 10% from $197 billion to $218 billion. Small-caps have also been found to outperform large-caps by 3.9% in post election years.

Beginning in August, investors began reallocating to the value factor to position their portfolios for the reopening of the economy, with the iShares Russell 1000 Value ETF (IWD) and iShares Value Factor ETF (VLUE) collectively accumulating $667 million and $1.1 billion during the months of August and September respectively. The Russell 1000 Value Index outpaced the Russell 1000 Growth Index by +2.2% in September, the first monthly outperformance since September 2019. VLUE has also become the number one inflowing ETF across the single factor sub-sector, bringing in $2.84 billion YTD, reflecting investors positioning portfolios for a recovery.

The addition of SVAL brings the total number of U.S. iShares Factor ETFs available to investors to 37, representing $134 billion in AUM. The fund also expands the U.S. listed iShares Single Factor ETF lineup which has seen significant growth due to investors’ appetite for concentrated and precise factor exposure in their portfolios. Over the past three years, the franchise has grown nearly threefold from $10.6 billion in AUM to $41.9 billion.

For more news and strategy, visit our Equity ETF Channel.