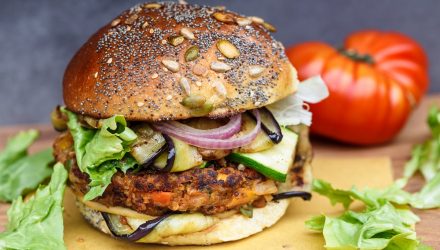 Beyond Meat (BYND) shares have butchered on news the company would embark on a secondary offering of 3.25 million shares only three months after its IPO. That report followed the release of mixed second-quarter results and a raised 2019 revenue forecast.

Of the 3.25 million shares, 3 million are coming from selling stockholders and 250,000 shares from the company, at a yet-to-be-determined price. After that announcement, the stock plunged to a loss of 14% by the end of the extended session. The stock is currently off $40 per share from it’s close, down close to 20%.

According to regulatory filings, CEO Ethan Brown plans to sell 39,130 shares, which could net him $8.7 million. CFO Mark Nelson is planning to sell 55,530 shares, potentially earning $12.3 million from the sale.

While the company’s first quarter results for robust, some analysts believed the alternative meat company had made gains too quickly, and that the bubble might soon burst.  What goes up must come down, cautioned TD Ameritrade Chief Markets Strategist JJ Kinahan on Yahoo Finance’s The First Trade. Kinahan said he finds it troublesome when a stock rallies so quickly in a straight line as Beyond Meat (BYND) has done since its May initial public offering.

While BYND has teamed up with companies like meal kit provider Blue Apron, other business have remained on the sidelines, preferring to observe how strongly consumers embrace the vegan market with products from Beyond Meat and its rival Impossible Foods, including McDonald’s. McDonald’s CEO Steve Easterbrook has said that the fast-food chain is waiting to better understand the long-term foot traffic patterns from a plant-based burger.

“We do expect Q2 and Q3 to represent the strongest net revenue and profit contribution quarters of the year, with Q3 contributing somewhat more from a net revenue perspective relative to Q2,” BYND CFO Nelson said in prepared remarks.